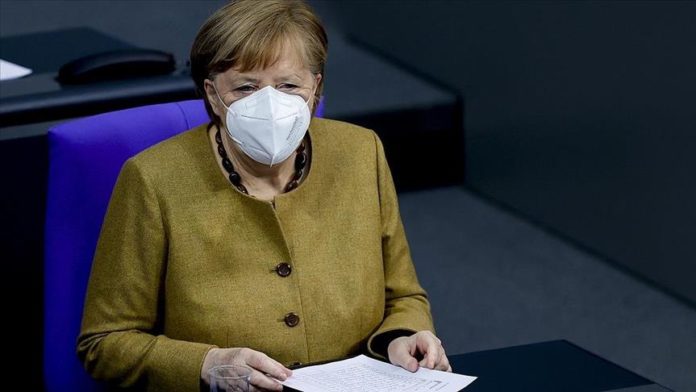 Addressing lawmakers in parliament, Merkel said it was necessary to extend the country’s coronavirus lockdown until March 7, as new variants of the virus could lead to a more dangerous third wave of the pandemic.

“Not all the research has yet been finalized, but we’d be well advised to listen to what so many experts both in Germany and abroad tell us,” she told lawmakers, referring to the UK, South Africa and Brazil variants, which were also detected in Germany.

“We shouldn’t doubt when they explain that all these three mutations are significantly more aggressive, more transmissible, more infectious than the original virus. And as it is always the case with the virus, because of their properties, these mutations will sooner or later become the dominant strains,” she said.

Merkel noted that currently the UK variant is more widespread in Germany than the two other variants, but has not become the dominant strain thanks to the strict measures taken by the government.

The chancellor and premiers of the 16 federal states agreed on Wednesday to extend the country’s strict lockdown measures until March 7, and also outlined a plan for a careful and gradual relaxation of the measures beginning from next month.

The Robert Koch Institute on Thursday reported 10,237 new infections and 666 deaths in the country, showing that the number of new infections was decreasing, but the outbreak was still far from being under control.

Germany currently has the fifth-highest tally of coronavirus infections in Western Europe, behind the UK, France, Spain, and Italy.

The national total now stands at over 2.31 million cases with at least 63,635 deaths.