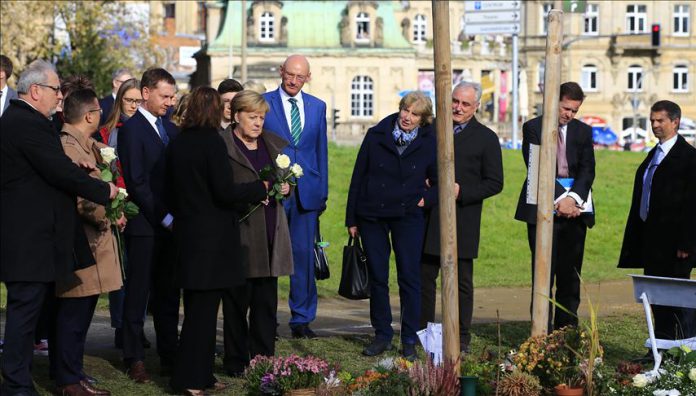 Chancellor Angela Merkel on Monday visited a memorial to the victims of neo-Nazi terror group and called for courage and responsibility to combat racism.

Merkel, together with a group of students, laid white flowers on the memorial in the eastern German city of Zwickau, which was dedicated to 10 people killed by the NSU terror group.

“As I have promised the family members of the victims several years ago, we as the Federal Government, would do everything to prevent these crimes from ever occurring again,” she said.