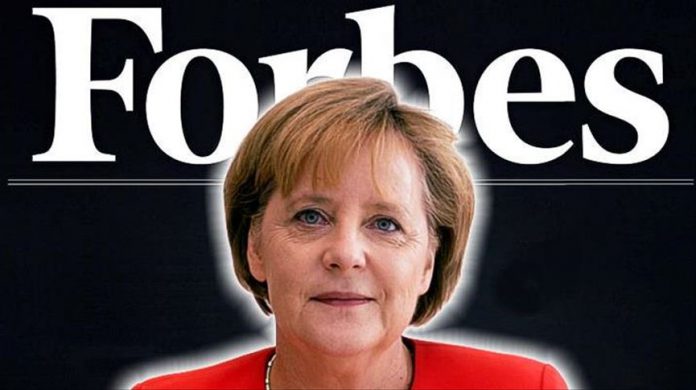 German Chancellor Angela Merkel has topped Forbes’ annual ranking of the world’s most powerful women for the ninth time in a row.

The U.S-based magazine annually publishes a list of the 100 most powerful women in the world.

Queen Elizabeth II is at the 40th position, while Ivanka Trump, the