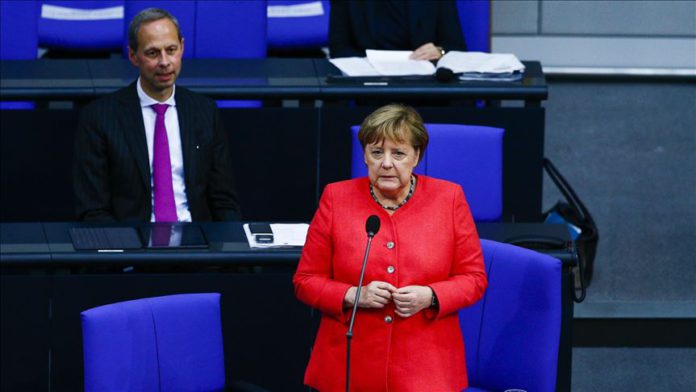 German Chancellor Angela Merkel on Wednesday stressed the importance of “strategic ties” with Turkey, also vowing to enhance dialogue with Ankara to help resolve conflicts in Libya and Syria.

Speaking on the day Germany assumed the EU’s six-month rotating presidency, Merkel said she shares the view that EU member states should take a more “coherent strategy” towards Turkey, stressing that this strategy should involve both cooperation and criticism.

“We have strategic ties [with Turkey], as we are [both] members of NATO. Moreover, addressing the refugee question is only possible with the EU-Turkey agreement, if we manage to reach agreements,” she told German lawmakers during a question and answer session, referring to the 2016 refugee agreement between Turkey and the EU.

Turkey has argued that EU failed to uphold its commitments under the 2016 pact, while Turkey has kept its pledges, sharply reducing irregular migration to the EU in the process.

The EU has taken exception to Turkey’s counter-terrorist operations in northern Syria, across the Turkish border, while Ankara has said the EU has failed to support it in helping displaced Syrians and promoting stability in the region.

Turkey and EU member France have recently come to loggerheads over the situation in Libya.

Merkel acknowledged differences between the EU and Turkey on a number of political issues such as the Cyprus issue and human rights, arguing that the 27-member bloc should continue its critical approach on these topics.

Oil down despite US Senate passes $2 trillion package