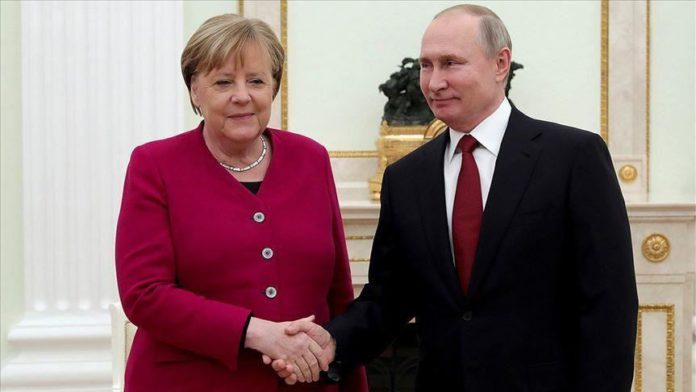 German Chancellor Angela Merkel and Russian President Vladimir Putin discussed the political crisis in Belarus over the phone, her spokesman said on Tuesday.

Steffen Seibert said in a press release that the two leaders discussed the latest situation in Belarus after the presidential elections held in Aug. 9.

“The chancellor has emphasized that the Belarusian government must refrain from using violence against peaceful demonstrators, release political prisoners immediately and initiate a national dialogue with the opposition and society in order to overcome the crisis,” he said.

Belarusian opposition leader Svetlana Tikhanovskaya said on Monday that she is “ready to lead the nation” through a transitional period in order to end the unrest and organize “in the shortest terms” a new “fair and open presidential election”.

Alexander Lukashenko, who has ruled Belarus for 26 years, officially won the election with 80.1% of votes. His main rival Tikhanovskaya scored only 10.12%, according to the Central Election Commission.

Lukashenko refused to hold a new voting, saying “you won’t see me doing anything under pressure.”

Life back to normal in COVID ground-zero of Wuhan, China