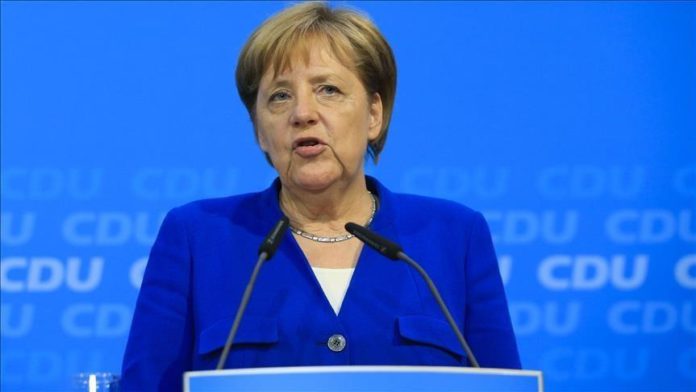 When you think of Germany, you usually picture a highly efficient and organized country compared to many others in Europe.

The European economic powerhouse almost instantly became a global role model in how to cope with the coronavirus crisis when it emerged in early 2020.

After the first wave, Chancellor Angela Merkel and her Christian Democratic Union (CDU) party were seen as the main winners of the crisis.

The center-right government was able to stand up to the pandemic with a cool head and resolute crisis management. At the time, in mid-April 2020, around 4% of those infected died in the US and even more than 10% each in Spain, France and Italy. In Germany, however, it was only 2%.

The chancellor’s popularity ratings soared and the international press praised Merkel for her successful management of the virus. The rationality of the physicist, who has a doctorate, was key for Germany in initially getting through this crisis comparatively lightly.

But then things fell apart as important issues such as vaccination, testing and protection of the elderly were badly mismanaged.

A year later, the picture could hardly be more different. Instead of the one big crisis, there are now many small crises that the lame-duck chancellor has to resolve.

The list of failures in terms of how to effectively fight the second and third waves of the virus is long, whether it is the shortage of medical masks and disinfectants, the failure to impose tough travel restrictions or the fact that instant corona test kits were provided too late. All of these were regarded as contributing factors to the worsening of the COVID crisis in Germany.

But the real disaster was the slow vaccination rollout as a lot of criticism emerged around the subjects of vaccination and testing, which are seen by health experts as the two most effective means of fighting the pandemic.

It is precisely these crucial points that have turned into huge problems so far.

The national vaccination campaign has not picked up at the desired pace even three months after it was kicked off.

With 95 doses administered per 1,000 inhabitants, Germany ranks 31st in an international comparison — languishing somewhere between Slovenia and Romania.

Only 10% of Germany’s population has received their first vaccination dose compared with 42% in the UK and 26% in the US.

Germany is still grappling with a shortage of vaccines and instant corona tests as the country has entered the third pandemic phase, driven by an easing of restrictions in recent weeks just as a more transmissible variant has spread.

Health experts predict another dramatic surge in the number of new infections after the Easter holidays.

“There are very clear signals that this third wave will be much harder,” the head of the Robert Koch Institute (RKI) for Infectious Diseases, Lothar Wieler, said at a recent press conference in Berlin.

Everything points to the fact that the situation will worsen in the coming weeks. Working people are especially affected. You can see a lot of infections in private households or daycare centers “because the virus spreads wherever people are infected,” he added.

Wieler pointed out that with the B.1.1.7 variant of the virus, contact tracing has become even more difficult.

“Tests are the bridge to the vaccination offer for everyone. But unfortunately, we see again here: too late, too slowly, too little was ordered. It must be clearly stated that errors have probably occurred in the Federal Ministry of Health,” said Markus Blume, general secretary of the Christian Social Union (CSU), the sister party of the CDU.

Public disaffection with Merkel’s handling of the crisis can be seen by the CDU’s ongoing free-fall in opinion polls and recent loss in two key regional states.

The government has acknowledged that it made mistakes in its coronavirus strategy and is trying to rectify it.

But Merkel’s party is not only struggling with the coronavirus pandemic. The party is also under great pressure internally six months before general elections.

Political pundits in Berlin point to two main challenges facing the CDU over the coming months.

“I think they face two challenges. First of all, it is the first election where Merkel is not the candidate for them. So they have to present a new candidate whom a lot of voters still need to get to know better, and we still don’t know who that is going to be,” said Arndt Leininger, a political science professor at the Free University of Berlin.

“And a second challenge will be the handling of the corona crisis,” he added.

As if Merkel’s corona mismanagement was not bad enough, her party is also embroiled in a corona medical mask scandal.

On the one hand, there are allegations against CDU and CSU politicians of having benefited personally by helping to broker the sale of protective masks. On the other hand, the question arises as to what extent politicians have used their personal contacts to promote these deals.

It is still not clear who will be the CDU/CSU candidate for the chancellor post in September.

A decision was postponed several times. Most recently, CDU leader Armin Laschet announced that the chancellor question would be resolved by mid-May.

So far, Laschet is considered the most promising candidate, even ahead of CSU boss Markus Soeder. But the current crisis is also affecting Laschet, who is the premier of the state of North Rhine-Westphalia.

At any rate, one thing is becoming increasingly clear: No matter who succeeds Merkel after 16 years will face an uphill election battle before becoming Germany’s next chancellor.