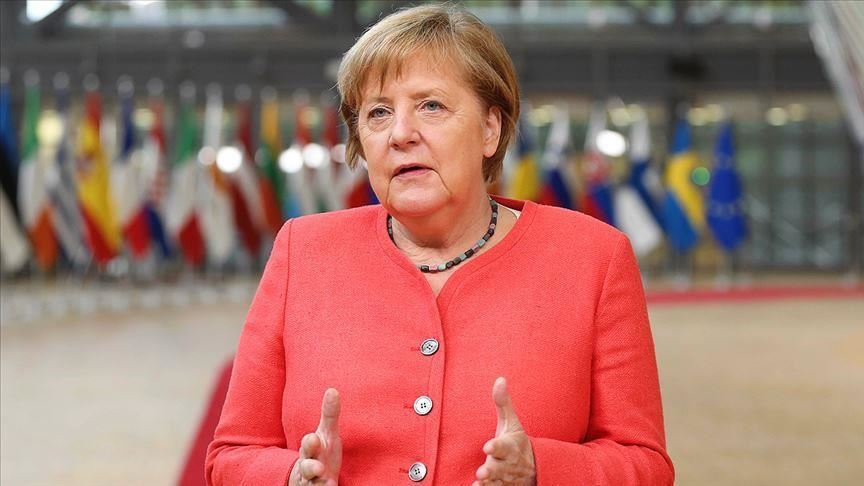 European leaders will discuss the future of EU-Turkey relations at their summit in December, German Chancellor Angela Merkel said Thursday.

Speaking at a press conference following a video conference of EU leaders, Merkel said the meeting was largely focused on the coronavirus pandemic and disagreements over the EU budget.

When asked by a reporter about recent tensions between Turkey and EU members Greece and the Greek Cypriot administration, Merkel said they would like to see developments in the next couple of weeks before discussing any potential sanctions.

“We agreed earlier to discuss the issue of Turkey at our next summit on Dec. 10,” Merkel said.

“Of course, we should observe developments in the meantime and make a decision afterwards. One cannot say anything at this point.”

The chancellor said most recent developments were not like what they have wished to see in the region.

Greece and the Greek Cypriot administration are pushing for sanctions against Turkey over maritime disputes in the Eastern Mediterranean, but the majority of EU members have been reluctant so far to take such action.

Turkey, which has the longest continental coastline in the region, has rejected maritime boundary claims of Greece and the Greek Cypriots and stressed that these excessive claims violate the sovereign rights of both Turkey and the Turkish Cypriots.

Ankara has sent several drill ships in the past weeks to explore for energy, asserting its own rights in the region as well as those of the Turkish Republic of Northern Cyprus.

Turkish leaders have repeatedly said that Ankara is in favor of resolving all outstanding problems in the region through international law, dialogue and negotiations.

Palestine recalls its ambassador to Bahrain

Turkey's coronavirus death toll up to 1,403