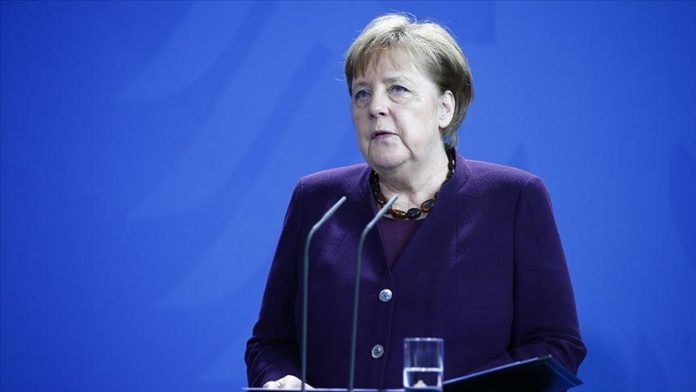 COVID-19 was an unprecedented challenge to the world, and made for the hardest year in Chancellor Angela Merkel’s 15 years in power, said the German leader.

The coronavirus pandemic posed a “once-in-a-century political, social and economic challenge,” she said in a pre-recorded New Year’s address for Thursday night, alluding to the vaccine rollout in many countries.

“I don’t think I am exaggerating when I say that never in the past 15 years have we all experienced such a difficult year – and never have we greeted the new year with so much hope, despite all of our concerns and some skepticism,” said Merkel.

“It is a historic crisis that has demanded a great deal of all of us and too much of some of us,” she said, mentioning in particular “the doctors, nurses and care workers in our hospitals, nursing homes and other facilities.”

“But I feel hope, and in recent days this hope has been reflected in the faces of the first people to be vaccinated,” such as the elderly and healthcare workers, she added.

“Step by step, other age groups and professions will join them, until finally the vaccine is available to all who want it. I too will be vaccinated when my turn comes,” she pledged.

Merkel also criticized those spreading conspiracy theories during the pandemic, describing them not only “dangerous and untrue” but also “cynical and cruel.”

She said another thing that gives hope to her are the scientists around the world, especially Turkish-German scientists who developed the BioNTech/Pfizer COVID-19 vaccine in Germany.

“Ugur Sahin and Ozlem Tureci from Mainz, the founders, told me that people from 60 countries are working for their company. I can think of no better example of how European and international cooperation, the strength of diversity, is what brings progress,” she said.

Merkel also repeated her 2018 pledge that she would not seek a fifth term as chancellor.

“Finally, I would like to say something personal. There will be federal general elections in nine months, and I will not be running for re-election. Today I am likely speaking to you on New Year’s as Federal Chancellor for the last time,” she said.