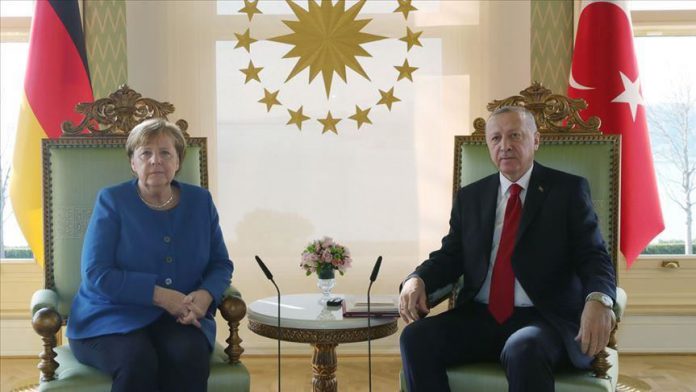 In a statement, Merkel’s spokesman Steffen Seibert said Merkel condemned the Syrian regime’s brutal attacks on Turkish soldiers and called on the regime and its supporters to put an end to the attacks.

Seibert said the German chancellor extended her condolences for martyred Turkish soldiers and pledges solidarity with Turkey in dealing with the humanitarian crisis in Idlib.

Late Thursday, at least 33 Turkish soldiers were martyred and dozens of others injured in