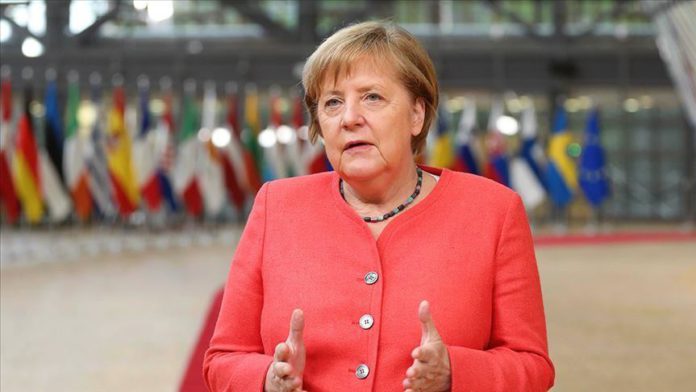 German Chancellor Angela Merkel on Thursday called for a diplomatic solution to tensions in the Eastern Mediterranean and underlined the importance of developing “constructive” relations with Turkey.

Speaking to reporters in Brussels ahead of a key summit of European leaders, Merkel said Germany’s EU term presidency will continue its efforts to find a peaceful solution to rising tensions in the region.

Merkel reiterated the bloc’s solidarity with EU members Greece and the Greek Cypriot administration, but did not extend support for their call to impose additional sanctions against Turkey, due to recent tensions in the Eastern Mediterranean.

The German chancellor also underlined the importance of continued cooperation with Ankara on issues of common interest.

“We’re partners in NATO. We’re dependent on one another in addressing irregular migration,” she said, and reaffirmed EU’s continued support to Turkey for hosting almost 4 million Syrian refugees.

Turkey, Ukraine aim to boost trade to $10B