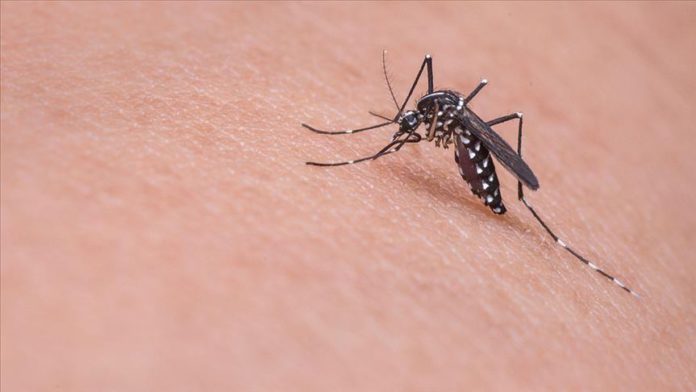 Amid Spain’s continuing COVID-19 resurgence, a viral meningitis outbreak in two Andalusian towns has sent at least 19 people to hospital.

On Thursday, local officials confirmed that 12 of the 19 people struck with meningoencephalitis – an infection or inflammation of the brain – have tested positive for West Nile virus, a mosquito-borne virus. The rest are still awaiting results.

The Andalusian government recommended that people in the towns of Puebla del Rio and Coria del Rio – which lie just 12 kilometers from Seville, the region’s capital of nearly 2 million people – use insect repellent, long-sleeve shirts, and mosquito nets, and avoid going outdoor during dawn and dusk.

“This is like the seven plagues of Egypt,” a resident of Coria del Rio told Spanish daily El Pais.

Last year, Seville was the epicenter of an outbreak of listeriosis that poisoned 222 people and caused three deaths. In January, residents of Coria del Rio found their sewage system emitting toxic fumes. Then, COVID-19 hit. And now West Nile is further complicating the region’s health and economic recovery.

West Nile is a relatively new problem in Spain. The virus was first detected in humans in Andalusia in 2010, and Spain’s National Epidemiology Center (CNE) has confirmed just a handful of cases since then. This appears to be the biggest outbreak on record.

Experts suggest that a rainy spring combined with the COVID-19 lockdown in which fewer people were outdoor monitoring mosquitos may help explain the situation.

According to the epidemiology center, around 80% of people infected with West Nile virus are asymptomatic, and less than 1% suffer from severe complications like meningitis or encephalitis.

While complications are more likely to appear in the elderly or those who are immunocompromised, the newspaper ABC reported that a 14-year-old girl had been hospitalized, although the Andalusian health minister said the patients are between 35 and 85 years old.