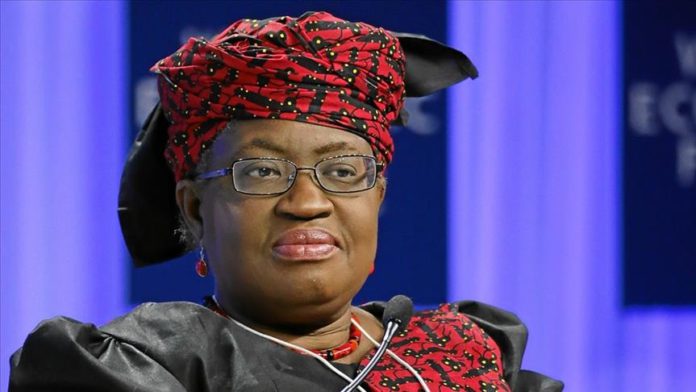 Research shows that if a man points out sexism, he will be listened to more seriously than a woman who does the same, as he is thought to lack possible conflicts of interest, said a former Australian prime minister on Thursday.

Speaking at a think tank’s online webinar, two female leaders – Julia Gillard, who served as Australia’s premier in 2010-2013, and Ngozi Okonjo-Iweala, director-general of the World Trade Organization (WTO) – spoke on the experiences of women leaders and how gender and sexism have affected their perception.

Gillard and Okonjo-Iweala discussed their book Women and Leadership: Real Lives, Real Lessons with the Brookings Institution and told of their first-hand experiences of being women in public service.

“For men who still disproportionately have their hands on the levers of power, our lesson is that they need to be vocal allies in this journey of change. A woman calling out sexism – people will think to themselves: ‘Is it really sexist, or is she trying to get some advantage for herself or perhaps distract attention from something she isn’t doing well?'” said Gillard.

She stressed that if a man calls it out, people accept that he is pointing to a genuine wrong.

“What we found was that across all these leaders, including the two of us, there was something common, and that is that their parents never told them as young girls that there were things they could not do. They were always made to feel that they could do everything. They could do all things boys could do. So this gives kind of an environment for the young girls to grow up thinking ‘well leadership is a part of what I can achieve,'” she said.

She noted that parents raising girls should pay attention to the environment they create and that they should not put obstacles in their minds and let them feel they can do whatever comes before them.

Okonjo-Iweala said there was a gendered approach to women leaders and their appearance.

“So when men are prime ministers, leaders and ministers, nobody even looks at their appearance unless, of course, it is really out of the way. They have a uniform, the suit,” she said.

“So every day, they appear looking the same. The time may be different, but people are used to the way they look. They hardly draw any comments for their appearance. But one thing we find for women leaders is that universally, all of them experience judgment,” she added.

Okonjo-Iweala also criticized the media for writing about the clothing worn by female leaders rather than their statements.

“So it’s the issue of women looking and worrying about what they look like and wanting to shift attention to the success of what they are saying. How do women leaders get through the issue that it’s not about their appearance but about the substance of what they say?” she noted.