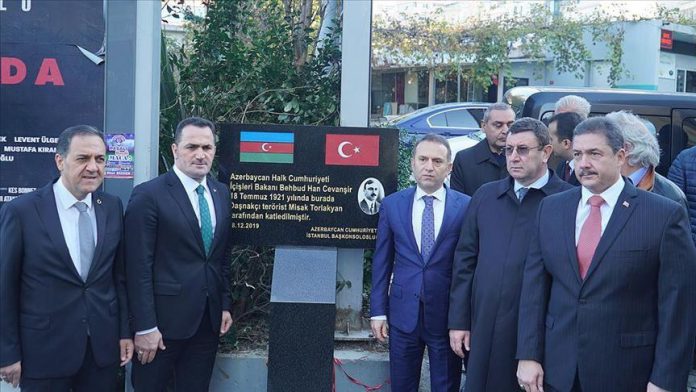 A memorial monument for Azerbaijan’s former interior minister was erected on Wednesday in the heart of the Turkish metropolis Istanbul.

The monument was placed in front of the Pera Palace Hotel in Beyoglu district, where former minister Behbud Han Cevansir was assassinated by Armenian terrorist Misak Torkakyan on July 18, 1921.

Cevansir was central in the establishment of the Azerbaijan Democratic Republic, also known as Azerbaijan People’s Republic, which was founded on May 28, 1918, but toppled after only 23 months.

Speaking at the opening ceremony of the memorial, Azerbaijan’s Consul General in Istanbul Mesim Hajiyev said the consulate