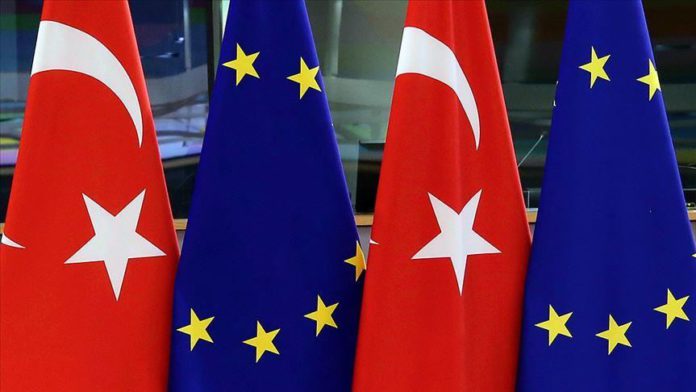 The European Union desires to see stronger relations with Turkey, according to a statement by the bloc following a meeting Thursday between Turkey’s top diplomat and the EU’s foreign policy chief.

“The meeting was a continuation of their intensive exchanges held over the last months, most recently over the phone on 23 July,” it said.

It also noted that the meeting was held ahead of an informal meeting of EU foreign ministers (Gymnich) on Aug. 27-28 in Berlin, where they will discuss relations with Turkey again, “a follow-up to the debate held at the Foreign Affairs Council in Brussels” on July 13.

It said Borrell explained the outcome of the debate to Cavusoglu.

“They had an open and frank exchange on EU-Turkey relations and on the situation in the Eastern Mediterranean, as well as on key regional issues, in particular on conflicts in Libya and Syria,” said the statement.

Turkey applied for EU membership in 1987 and accession talks began in 2005. But negotiations stalled in 2007 due to objections by the Greek Cypriot administration, Germany and France.