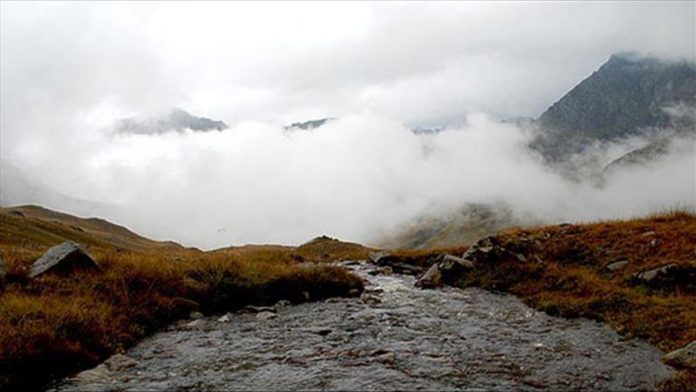 Melting glaciers in mountains northwest of Oslo, Norway have revealed a mountain pass from the Viking era.

Archaeological remains dating back to 300 AD were found in the Lendbreen pass, the U.K.’s Daily Mail newspaper reported.

They included more than 100 tools and articles of clothing, a walking stick with a runic inscription, gloves and a small knife as well as animal bones.

The mountain pass was used by travelers and traders during the Viking period. Traffic through pass peaked in 1000 AD and after a devastating plague in the mid-1300s, it was not used due to economic and