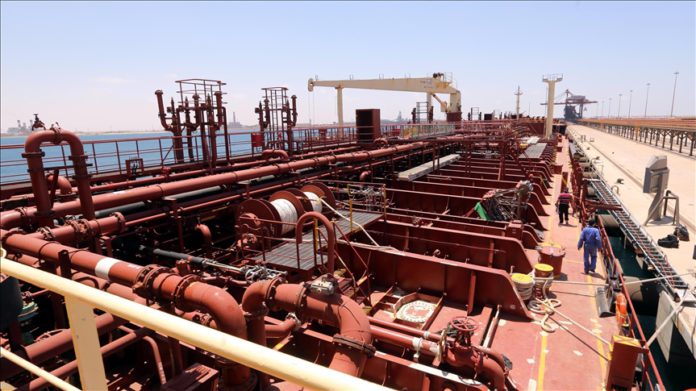 Representatives of Libya’s main financial institutions ended two days of talks in Geneva on Tuesday focusing on currency reform, resolving the country’s banking crisis and unification of the national budget.

“I am hopeful that the meeting here in Geneva will be another practical, tangible step forward together…to implement the cease-fire, to address the real problems and with real and pragmatic solutions that can respond to the needs and aspirations of all Libyans to live their lives,” said Acting Special Representative of the Secretary General and head of the UN’s mission in Libya Stephanie Williams.

The participants agreed to meet again in January to review the progress and consider further technical steps to stabilize the Libyan economy.

Members of the Libyan Economic Experts Commission, representatives of both branches of the Central Bank of Libya, its Audit Bureau, the Ministry of Finance and the National Oil Corporation and independent Libyan experts met to discuss the critical economic reforms.

The talks were supported by Switzerland and co-chaired by Egypt, the European Union and the US.

Participants agreed to unify the exchange rate to ensure greater stability of the Libyan dinar and combat corruption.

They also welcomed the central bank’s plan to address the banking crisis in a manner that rebuilds confidence in the banking sector and ensures nationwide access to liquidity and agreed to outline steps to consolidate the national budget.

“This includes unifying and rationalizing the public sector payroll, allocating sufficient funding for development and infrastructure throughout the country,” said a statement issued by the UN Support Mission in Libya (UNSMIL).

It called for effectively managing the mounting national debt and addressing the COVID-19 pandemic.

The participants also agreed that the current economic situation is unsustainable and that Libyan institutions must take steps towards functional unification, operate transparently and prove that they can effectively respond to the people’s needs.

As the discussions continued, oil revenues received since September had been frozen at the Libyan Foreign Bank.

“To overcome this situation, participants will work in good faith to restore access to oil revenues by developing solutions that address the underlying challenges that necessitated the freeze,” said UNSMIL.