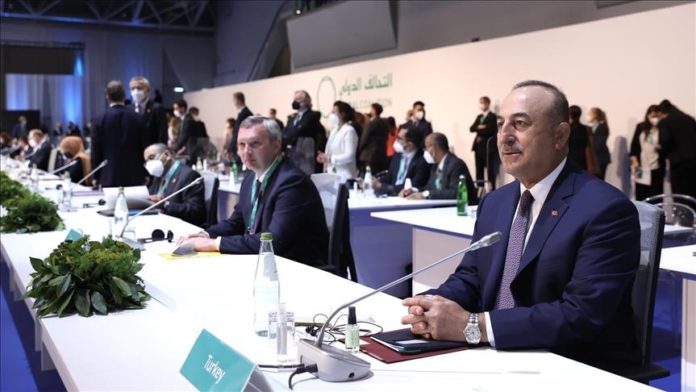 The ministerial meeting of the Global Coalition to Defeat Daesh/ISIS kicked off in Italy’s capital Rome on Monday.

Hosted by Italy, the anti-Daesh Global Coalition meeting, which will be attended at the ministerial level by more than half of the 83-member coalition, is being co-chaired by the US.

Speaking at the opening of the meeting, Italy’s Di Maio said Daesh was defeated in terms of losing its territory, but could not be entirely eradicated.

He added that since much work remains to be done, Italy could increase its participation in NATO missions in Iraq.

For his part, Blinken noted significant successes against Daesh had been achieved, also underlining that there is still progress to be made and urging cooperation.

The meeting in Rome, which was the first face-to-face event since the outbreak of the COVID-19 pandemic, aims to confirm that the coalition members are on the same page on the absolute defeat of Daesh, as well as their commitment to stabilizing the liberated areas of Syria and Iraq and consolidating the cooperation among its working groups.

The meeting, at Italy’s request, will also discuss the threat posed by terrorist organizations affiliated with Daesh/ISIS in the Sahel and various regions of Africa.

After the meeting, Di Maio and Blinken will hold a joint press conference.

Another ministerial meeting on Syria is also scheduled later.