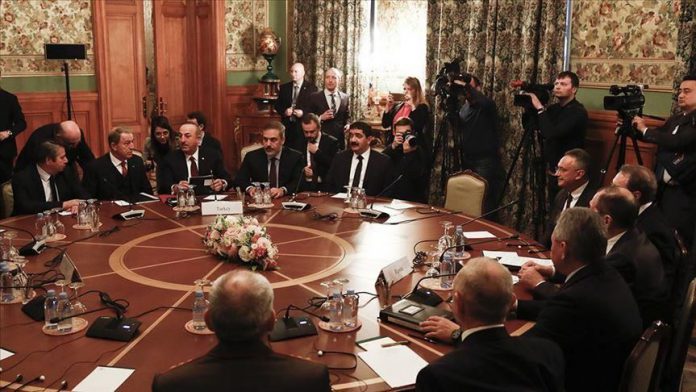 Moscow is hosting a series of negotiations on Monday to find a solution the Libya crisis.

The top diplomats and defense chiefs of Russia and Turkey gathered in the Russian capital to assist the talks between Fayez al-Sarraj, the head of Libya’s UN-recognized government in Tripoli, and Khalifa Haftar, eastern Libya-based military commander.

The meeting has started with the talks of Russian and Turkish sides, Maria Zakharova, the spokeswoman for the Russian Foreign Ministry, told reporters.