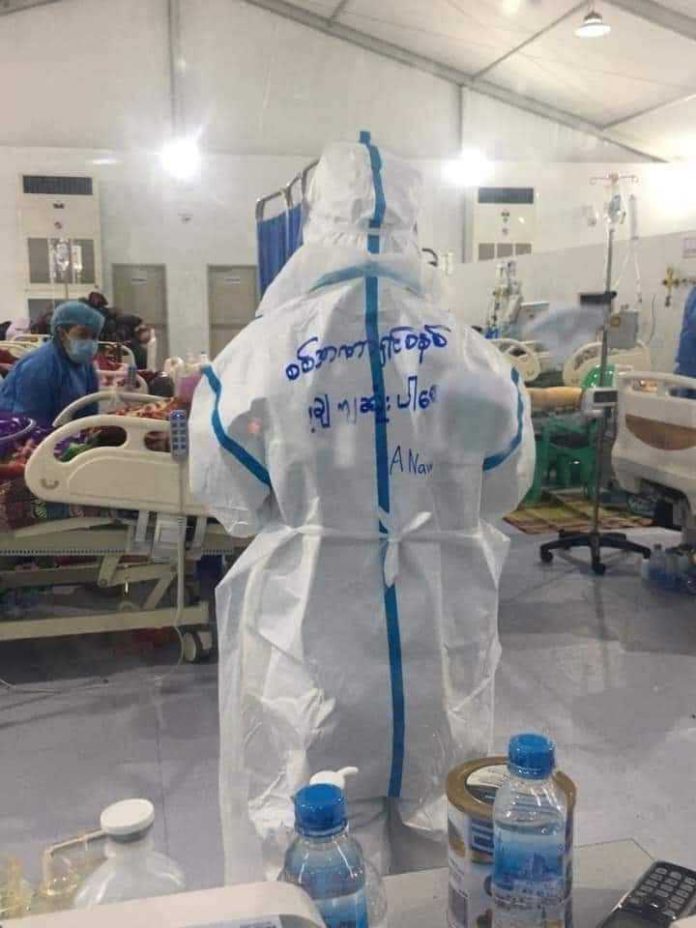 Due to fears of reprisal and violence, there have been no street protests in Myanmar against the military’s power grab over the past three days.

However, people seem to have chosen civil disobedience as the way to express their opposition to Monday’s coup against a civilian administration that was in power for a decade.

Healthcare workers at government hospitals are at the forefront of the campaign, with some on strike and others registering their protest while continuing to tend to patients.

Junior doctors in at least 74 public hospitals have announced a strike starting Wednesday.

“Myanmar medical doctors, who have been bearing the blunt of COVID-19 global pandemic, do not recognize the legitimacy of military government,” the doctors said in a joint statement.

“Thus, we stopped going to hospitals which are now under the illegitimate military government.”

They also urged the international community not to recognize the military regime.

A young doctor at a public hospital in Mandalay, Myanmar’s second largest city, said she will continue to see her patients, but not at the medical facility.

“I was surprised and upset [by the coup]. Of course, I am also terrified, but I can’t let the military do this to us,” the doctor told Anadolu Agency, requesting anonymity due to fear of reprisal.

“So, I told my patients to come my home whenever they need me. If necessary, I will give my services door-to-door for free.” 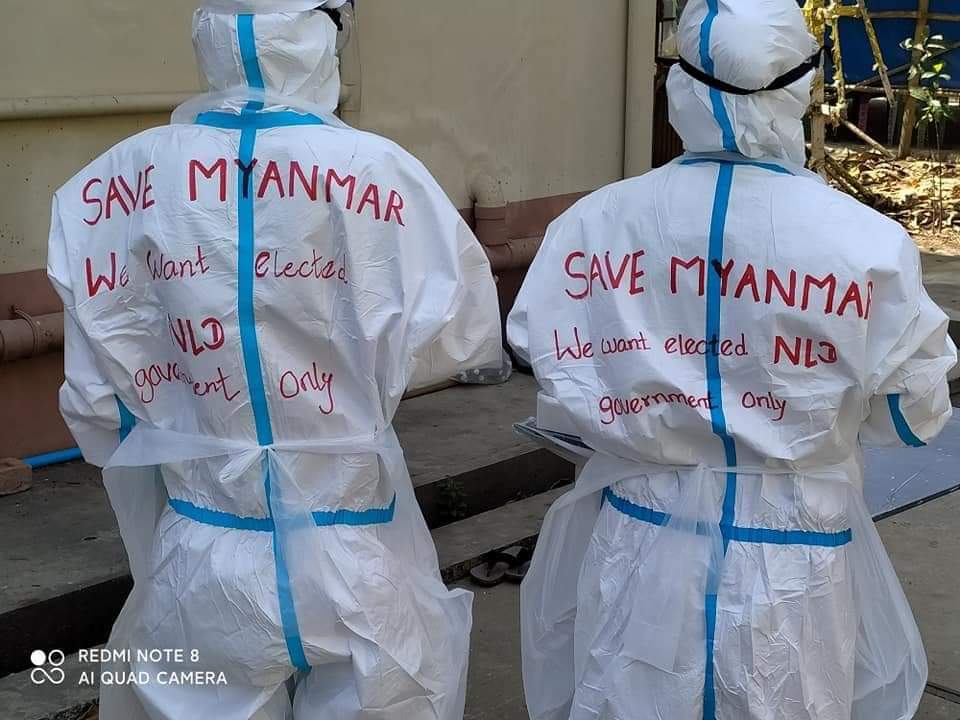 Others in the profession, such as Min Than, a volunteer at a COVID-19 treatment center in Yangon, have taken a different route.

As a show of dissent, Than and his colleagues have painted messages denouncing the military coup on the personal protective equipment they wear at work.

“We can’t tolerate the military overthrowing the legitimate government,” he told Anadolu Agency.

“However, we feel it would be unfair of us to abandon the patients. That is why we are continuing with our duties, just to serve the people. We will not bow down to this military government.”

Than Min Htut, who heads a public hospital in the Ayeyawaddy region’s capital Pathein, is also carrying out his duties to “help the people.”

“However, I wear a red ribbon as a show of resistance,” he said.

While he may not among their ranks, the senior doctor expressed understanding towards the health workers on strike and urged patients to see their point of view.

“This is not because we don’t care about you [patients]; we really do. We just can’t accept this dictatorship,” Htut asserted. 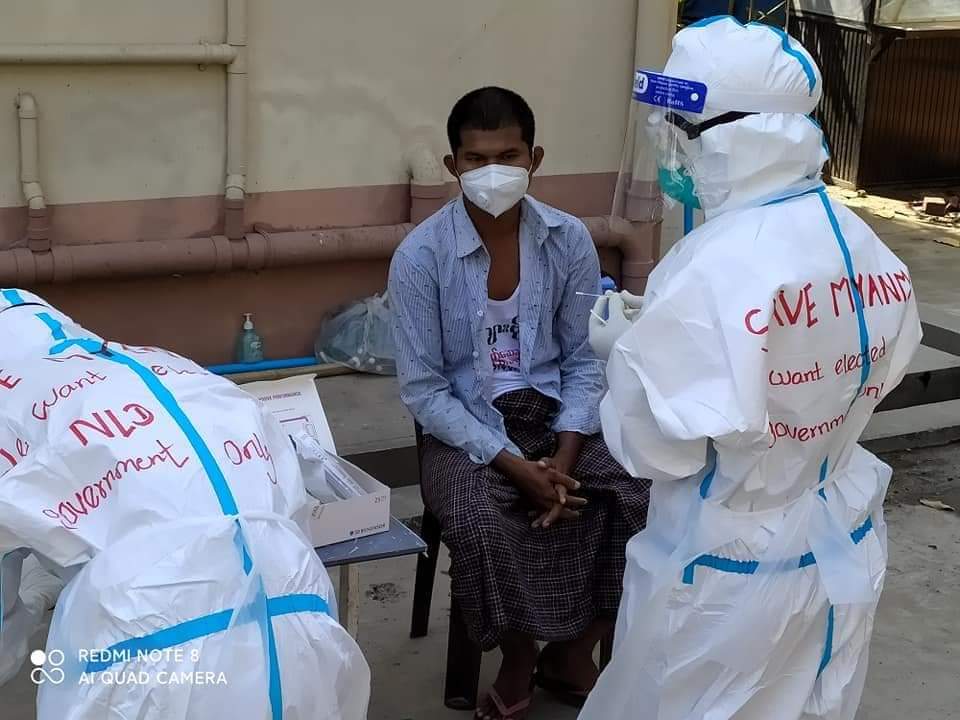 ‘They don’t think twice about shooting us’

The protests by doctors seem to be in line with Aung San Suu Kyi’s call for non-violent resistance to the military’s power grab.

“I urge people not to accept the coup by the military, and resist it resoundingly,” Suu Kyi said in a statement released by her party after she was detained early on Monday morning along with other top government officials, including President Win Myint.

The people of Myanmar are no strangers to suppressive military regimes and have openly opposed them in the past.

However, they are also aware of how mass public movements against dictatorships in 1988 and 2007 were violently crushed by the country’s powerful army.

“We know they don’t think twice about shooting us. We are not afraid of being killed or tortured, but we care for our country and for our coming generations,” a middle-aged man living in Yangon’s Lanmadaw township told Anadolu Agency.

“Responding to the coup in an aggressive manner will probably put Myanmar in a more dangerous situation,” he said, also asking for his name to be concealed.