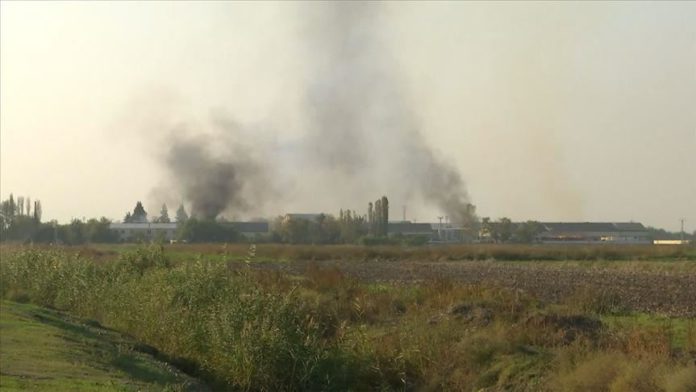 The mediation of Turkey and Russia is the best option to stop the Armenia-Azerbaijan Upper Karabakh conflict, and launch negotiations again, according to an Azerbaijani diplomat.

“I think that mediation of Turkey and Russia is the best option to move from the conflict phase to the negotiation phase. Russia also understands this now,” Farid Shafiyev, the head of the Baku-based Center of Analysis of International Relations, told Anadolu Agency.

Emphasizing that Azerbaijan’s stance is based entirely on international law, Shafiyev said his country demands the withdrawal of the occupying forces from its lands, adding that this demand was also mentioned in the four resolutions of the UN Security Council (UNSC) in 1993.

“At present, the main aim is to ensure the territorial integrity of Azerbaijan and to pull off the Armenian gangs from the Azerbaijani lands. Turkey and Russia can provide it, of course,” he noted.

Shafiyev, a prominent diplomat who earlier served as Azerbaijan’s ambassador to Canada and to the Czech Republic, said that territorial integrity of Azerbaijan was recognized by the whole world, while Armenia ignored the UNSC resolutions to end the occupation.

Pointing out that Armenia should take first steps to stop the conflict, he recalled that Baku demanded from the Yerevan administration to present a timetable of withdrawal of the invading forces from the occupied territories, adding that in other case it will be “very difficult to stop the clashes.”

He underlined that in order to restart the negotiation process in the Upper Karabakh, other mechanisms are also being discussed besides the Organization for Security and Co-operation in Europe (OSCE) Minsk Group negotiations.

“Don’t Armenia and its supporters ever think about the future of this country? Will this country make everlasting territorial claims against Turkey and Azerbaijan?”

Armenia is a country that “poses a threat” in the region and this issue must be resolved, he said, noting that the neighboring countries should assist in “achieving peace” in the region.

“A mechanism should be established in which countries in the region will not claim land against each other,” he said.

The Azerbaijani diplomat reiterated that so far at least 92 civilians lost their lives in artillery and missile attacks on civilian settlements of Azerbaijan by the Armenian army, adding that: “Armenia is committing a war crime. [Azerbaijani cities of] Ganja and Barda are far away from the front. These are deliberate and planned attacks. Armenia used the same tactic in the 1990s.”

On Oct. 28, a deadly missile attack by Armenian forces on Azerbaijani civilian settlements in the city center of Barda left at least 21 people dead, including five women, and wounded 70 people, including eight children and 15 women.

In two separate missile attacks on Ganja, a major city with half a million people far from the front line, Armenia killed over two dozen civilians, including children, and injured scores of others.

Shafiyev went on to say that Armenian leadership aims to create panic among civilians in Azerbaijan.

“They are defeated on the battlefield, and take their revenge on civilians. This issue should be evaluated on the basis of international law,” he said.

Noting that foreign citizens of Armenian origin and foreign mercenaries are also fighting in the ranks of Armenian forces, Shafiyev stressed that this situation is a “crime” under both Azerbaijani and international law.

The latest US-brokered temporary humanitarian cease-fire between Azerbaijan and Armenia went into effect on Oct. 26. However, it was short-lived, as only a few minutes after it became effective, Armenian forces again violated the truce.

Another truce on Oct. 17 was also violated by Armenian troops.

*Writing by Jeyhun Aliyev in Ankara.