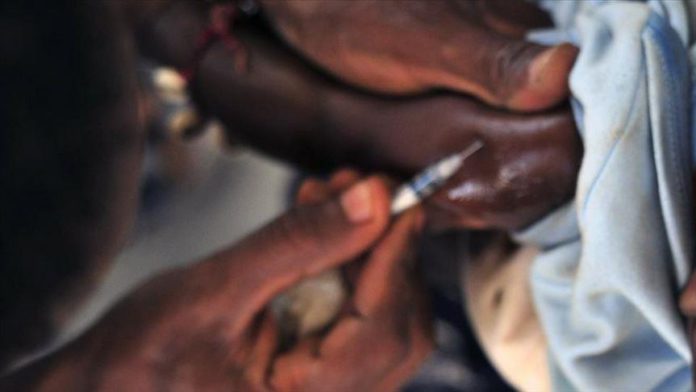 Doctors Without Borders (MSF) has voiced concern on a “worrying” recent upsurge in measles cases in the Democratic Republic of Congo, which has reported more than 13,000 since Jan. 1.

“Unfortunately, since the end of 2020, several provinces have started recording new increases in patients with measles, notably the North and South Ubangi provinces,” said Anthony Kergosien, MSF emergency response coordinator in the country, according to a statement released late on Thursday.

“We had to urgently send mobile response teams again to help stem the progression and save as many lives as possible,” Kergosien was quoted as saying in the statement.

The Central African country recorded its worst measles epidemic between 2018 and 2020, when more than 460,000 children contracted the disease and nearly 8,000 died from it, three-quarters of whom were under five, according to MSF.

The international medical group said its teams were tracking virus hotspots in 22 of the Central African country’s 26 provinces, treating 90,000 patients and vaccinating more than 2.3 million children.

Faustin Igulu, who is leading the MSF project in the northwestern town of Bosobolo, said the humanitarian organization had trained local staff in managing measles patients and supervising the provision of care, notably for patients suffering from severe symptoms.

“Since we arrived in Bosobolo in mid-February, we have been helping staff to care for their patients in eight health centers and in the general hospital to which complicated cases are referred,” Igulu said.

Measles is a highly contagious viral disease. It remains a significant cause of death among young children globally, despite the availability of a safe and effective vaccine.

While vaccination has drastically reduced global measles deaths — a 73% drop between 2000-2018 worldwide — measles is still common in many developing countries, particularly in parts of Africa and Asia.

More than 140,000 people died from measles in 2018, with the overwhelming majority of more than 95% occurring in countries with low per-capita income and weak health infrastructure, according to the World Health Organization.