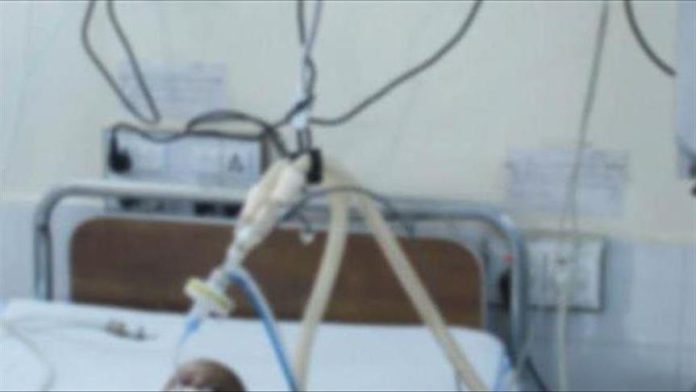 Measles has resurfaced in the Democratic Republic of Congo’s provinces of North and South Ubangui, with cases rising to 4,500 since an outbreak in mid-December last year which has affected mostly children under five years old, the UN said Thursday.

The UN Office for the Coordination of Humanitarian Affairs (OCHA) said in its weekly humanitarian snapshot that many of the cases are complicated and associated with malnutrition.

OCHA said humanitarian partners are conducting assessments in the health zone of Bosobolo in Nord-Ubangi province in preparation for a potential intervention.

‘’Two other health zones are also being monitored where cases have been notified,” it added.

A two-year-long measles outbreak that killed over 7,000 children had been declared over in August 2020, according to the UN.

The DRC has launched several vaccination campaigns since the outbreak.

Although there is an effective vaccine for measles, the disease is still one of the leading causes of death among young children.

The vaccination resulted in an 84% drop in measles deaths between 2000 and 2016 worldwide, according to Africa Centres for Disease Control and Prevention.

Measles is a highly contagious infectious disease caused by the measles virus.​​​​​​​

Symptoms usually develop 10–12 days after exposure to an infected person.

Turkish stocks up 3.25% at Tuesday close

'Innovation no longer choice, but must for competition'