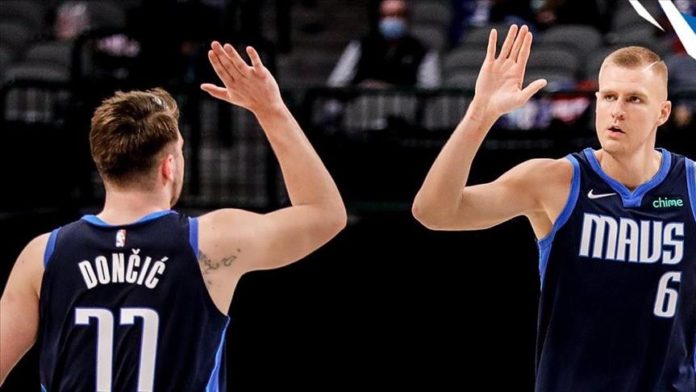 Luka Doncic and Kristaps Porzingis combined 50 points to lead the Dallas Mavericks to the 115-104 win against the San Antonio Spurs in Dallas in a Wednesday NBA game.

Sitting in the eighth spot in the Western Conference standings, Mavericks won 19 matches but lost 16 others in the regular season.

In the other match of the night, Memphis Grizzlies from West won against Eastern Conference team Washington Wizards 127-112 in Memphis.

Lithuanian center Jonas Valanciunas was the key player for the Grizzlies, scoring 29 points and having 20 rebounds.

The Wizards’ top scorer was Bradley Beal. The American shooting guard scored 21 points against the Grizzlies.

Mexico: 14 killed in gunfight near US border