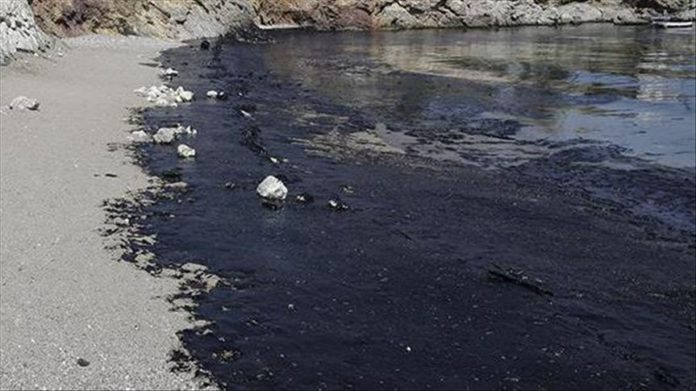 The East African island of Mauritius is pressing for compensation from owners of a Japanese ship that hit a nearby coral reef and spilled out hundreds of tons of oil.

The ship ran aground on July 25 in protected waters and has caused massive damage to endangered and exotic flora and fauna only found in the pristine environment of the Indian Ocean nation.

In a televised briefing, Prime Minister Pravind Jugnauth said the country will be filing for compensation from the Nagasaki Shipping Company, which owns the MV Wakashio ship which ran aground.

According to the government, out of the 4,180 tons of oil that was on board the ship, 3,184 tons have been pumped out while some 800 tons have spilled into the sea.

But Jugnauth also said almost all the oil from the Japanese ship has been removed, calling this task essential as the ship is on the verge of breaking up.

He previously warned that huge cracks have appeared in the ship, indicating that it could break apart and leak more oil, and that the government has taken large-scale containment efforts to curb any additional spillage, including deploying emergency response teams.

Local media reported on Thursday that three crew members who were interviewed by the Criminal Investigation Department acknowledged that just before the ship ran aground on the evening of July 25, the crew, including the captain, were celebrating a birthday of one of its members.

Mauritanian Lexpress news added that the crew – made up of three Indian nationals, 16 Filipinos, and one Sri Lankan – told investigators that the ship had sailed from China to Australia and back to China with a stopover in Singapore before heading to Brazil.

It was on its way to Brazil that the accident happened.

Lemauricien newspaper also reported of the captain’s absence from the cabin just before the ship ran aground, saying they had been informed that the ship would travel close to the island to get internet service despite having a satellite system.