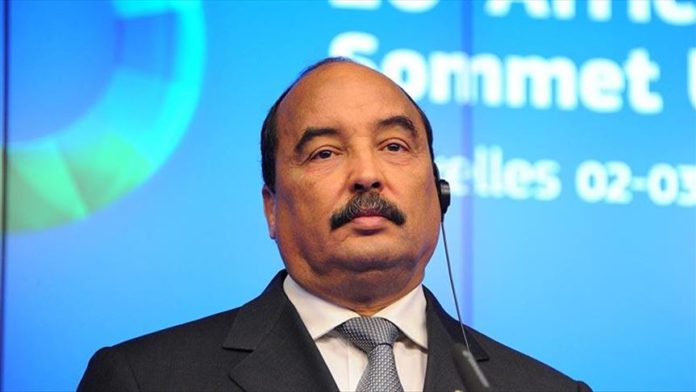 Mauritanian authorities released former President Mohamed Ould Abdel Aziz on Monday, a week after he was arrested on corruption-related charges.

Ould Abdel Aziz “was released and he is not at his home,” one of the former president’s defense lawyers was quoted as saying by local media.

Al-Akbar news portal, citing an official source, said the former president has been placed under surveillance by the Economic Crimes Police, his passport withdrawn and prevented from leaving the capital, Nouakchott.

Ould Abdel Aziz, 63, was held last week on charges of corruption put forward by a parliamentary committee that has scrutinized his time in power.

Several former officials suspected of corruption during Ould Abdel Aziz’s era had earlier been questioned by the authorities.

According to Sahra Media, those questioned included close confidants of the former president as the accountant of the Al-Rahma Foundation that was established by his son.

Last week, Ould Abdel Aziz initially resisted cooperation with investigators and refused to answer questions on the basis that he is a former president. However, he later agreed to cooperate after being pressured by the investigators.

Earlier this year, the Mauritanian parliament formed a committee to launch an investigation into the rule of Ould Abdel Aziz, who came to power after staging a military coup in 2008.

The committee is investigating activities related to the handling of oil revenue funds, the sale of state property, and shady infrastructure deals among others.

Since August last year, Mauritania has been ruled by President Mohamed Ould Al-Ghazwani, who won the presidential elections on June 22, 2019, apparently with the support of his predecessor, Ould Abdel Aziz.