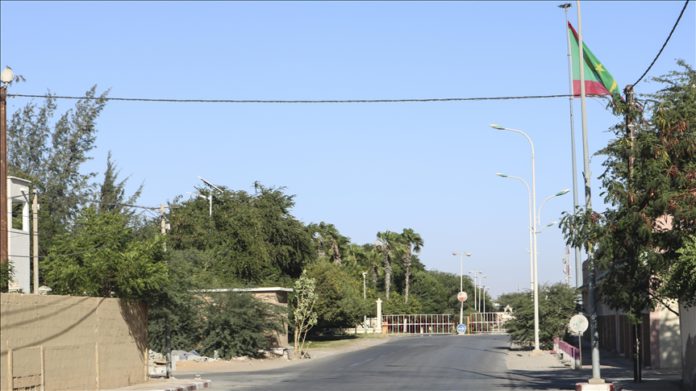 * The writer is a professor at the Department of International Relations at the University of the Americas Puebla (Mexico).

French crimes in Mauritania during the colonial period are still little known and remain unrecognized by Paris.

Mauritania was part of French West Africa as a protectorate in 1903 and then a colony in 1920. Military domination was at the heart of the colonial project, and France used tribal antagonisms to control the territory.

Also, its status was special because the capital of the colony, Saint-Louis, was in Senegal due to its integration into French West Africa.

A territory marked by complex geography of ethnic diversity populated by Sub-Saharans and Arab-Berbers, Mauritania is one of the five countries in the Maghreb region along with Morocco, Algeria, Tunisia, and Libya and probably the least known among them.

The French presence in the country dates back to 1902, but the colonial power faced armed resistance from the locals. Although the Muslim population resisted against occupation largely, the French managed the support of two religious’ leaders.

Sheikh Sidia Baba and Sheikh Tourad, attempted to justify the occupation as a “blessing from Allah” following a meeting with colonial leader Xavier Coppolani in 1902 in the town of Boutilimit in southwestern Mauritania.

But there were other religious leaders like Sheikh Malainine and Sheikh Hamamoullah who led the resistance, supported by the Sultan of Morocco, Moulay Abdelaziz.

Malainine issued a decree, saying that “any collaboration with the occupiers is a betrayal of Islam”.

Hamamoullah said the presence of the French in this land of Islam is temporary. “We must therefore not compromise ourselves by their side, “he added.

In 1903, Mauritania was nevertheless placed under the protectorate of France. In 1904, the right bank of the Senegal River was attached to Mauritania.

In 1907, Henri Gouraud was appointed commissioner of the general government in Mauritania and decided to lead a major campaign against those who launched raids.

In a report to his government in 1908, he wrote: “It is not a question of conquering the Adrar with a view to a permanent occupation of this country and a new extension of our African possessions. Our intentions are only for the organization of a strong column of police which would be received exclusively for the mission to purge this country of all these elements of disturbance and disorder [resistance movements] and to reduce once and for all the thousand dissident warriors who obstruct our work of pacification.”

In 1920, Mauritania became a French colony. The armed resistance against the rule continued till 1934. The French administration had long been under military rule in certain regions.

In 1910 Governor-General of French West Africa William Ponty, talked of destroying the “hegemony “of one race over another to gain the sympathy of communities.

“We must destroy all hegemony of one race over another, one ethnic group over another ethnic group, fight against the influence of the local aristocracies to ensure the sympathy of the communities, to suppress the great native commands which are almost always a barrier erected between us and our citizens, “he said in a report to the government.

Many traditional leaders were targeted by this colonial project, in particular, the Toucouleur or Grand Electors (The Toucouleur trace their roots to the Senegal River valley at the border of Senegal and Mauritania) and the emirs of Brakna, Tagant, and Adrar. Also, nomadic populations became poorer.

Mauritania became the poorest territory in French West Africa. Despite a heavy tax burden for the local population, revenues were insufficient as the running costs of the administration were very heavy in the desert.

In an article in 2011, Julie d’Andurain, a professor of contemporary history at the University of Metz in France wrote that the principle of the fight against nomads was to harass them until life becomes impossible for them and take advantage of the few combats to establish the technical superiority of the French.

Pierre Bonte, anthropologist and research director at the National Scientific Research Center (CNRS) in Paris (who died in 2013), wrote in 2008 that: “Penetration and colonization in Mauritania, as in other countries, saw numerous and varied resistance. There is no doubt that the village communities in the valley and the tribes have manifested their opposition through revolts and refusals of all kinds. They opposed on their own to defend the land of the ancestors and safeguard their religion, their freedom, and their independence.”

Mauritania obtained its independence in 1960. It opened the door to new challenges and obstacles, including internal divisions and tensions with regional powers (Morocco, Algeria).

Unfortunately, there is too little academic work or historiography on the colonial period in Mauritania, that deserves to be enriched, both for Mauritanians and the French.

* The opinions expressed in this analysis are those of author and do not necessarily reflect the editorial line of the Anadolu Agency.