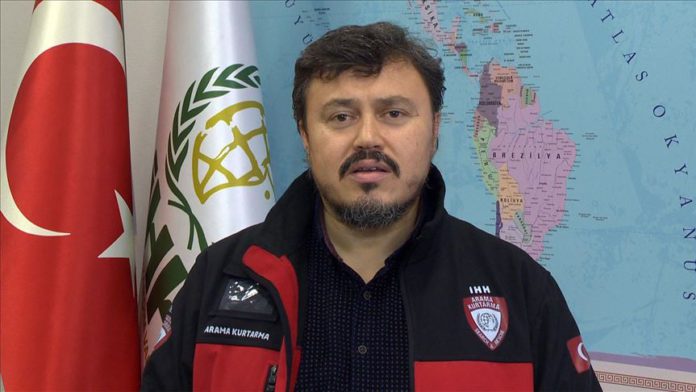 Social benefits can only be achieved by putting people’s material or moral assets at the service of humanity, a top authority from a Turkish charity group told Anadolu Agency to mark International Charity Day.

By using one’s own time, efforts or financial assets for the needy, charitable people help to also beautify their environment and the world they live in, said Durmus Aydin, secretary-general of Turkey’s Humanitarian Relief Foundation (IHH).

He said spiritually, the philanthropy is also an important part of religious or moral duties, and the charity, aimed at achieving social benefit, fulfills the basic needs of needy people.

It is necessary to encourage charitable people to volunteer their time and efforts, and to contribute to the professionalization of NGOs, he said, noting that any kind of support they would give in their competent areas is extremely critical to the development of charity organizations.

“People do goodness not by donating only, but good works can be done by doing useful things for people at every stage of our lives,” he said.

Aydin went on to say that in addition to cash donations, all kinds of in-kind donations can also be delivered directly to those in need.

“This opportunity, which can be evaluated by self-employed people such as tradesmen, merchants and farmers, can be a remedy for many people’s problems,” he added.

– Teaching to fish instead of giving fish

To do beneficial work, IHH prioritizes projects that will provide new resources for people to continue higher education and have a profession, especially young people.

Focusing on the education of children, the aid agency is regularly supporting more than 100,000 orphans in more than 50 countries through the Orphan Sponsorship System, he said.

Moreover, as a part of its Agriculture School Project in Somalia that was put into practice in 2012, IHH, together with agricultural engineers who graduated from that school, conducts agricultural activities and makes an effort to further popularize modern farming techniques in the country.

In addition to educational activities, the group also has a unit that deals with development projects which designs and implements projects for people to maintain their own livelihoods, Aydin said.

“As part of the sense of social solidarity, people in Turkey are very keen to support those in the country and in distant lands,” he said.

The Turkish nation has proved once again during the pandemic that it knows how to extend a helping hand to neighbors, relatives and the needy, he said, adding that Turkish people live in harmony with more than 5 million refugees, including those from Syria, who fled their homeland due to a civil war.

Public stakeholders such as ministries, governorships, municipalities, mukhtars, or the head of a local village, private sector representatives and NGOs are also pioneers in the development of philanthropy in Turkey, he said.

Aydin underlined that besides its own staff, the group encourages volunteers in charity works. Thus, 871 volunteers along with the IHH teams, worked in the field last year, he said.

Noting that IHH is a “big family” with more than 107,000 volunteers, Aydin said the charity group shares information with the public about works done through visuals, reports and open communication to maintain transparency.

Call for all humanity

“We believe that every person deserves a life with dignity, and that they can live without needing help,” he said.

Aydin called for all humanity and all benefactors to volunteer in NGOs to achieve this goal.

Since its foundation, IHH has delivered aid from more than 2.5 million individual philanthropists to 135 countries from six continents, Aydin said.

Declared by the UN General Assembly in 2012, the International Day of Charity is an international day observed annually Sept. 5.