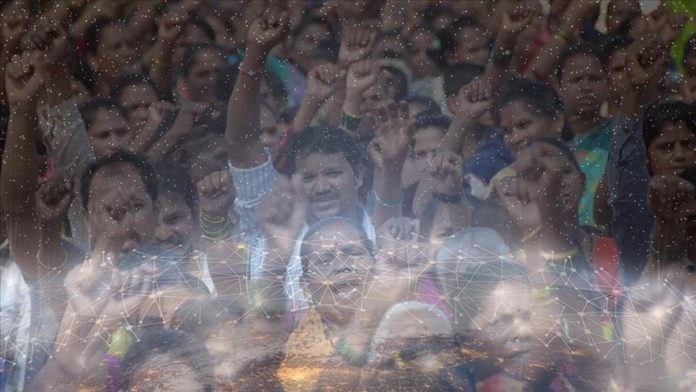 A 15-year-long campaign to “denigrate” Pakistan and Kashmir at the international forums has been busted by a Europe-based disinformation watchdog.

The EU DisinfoLab exposed the Indian Chronicle, a disinformation campaign that targeted the EU and UN with over 750 fake local media outlets and more than 10 sham non-governmental organizations.

“To do so, they resurrected dead NGOs at the UN. They impersonated the EU. They laundered content produced by fake media to real media — and reached millions in South-Asia and across the world,” the watchdog said.

These fake NGOs were traced back to the New Delhi-based Srivastava Group.

Last December, the watchdog busted 265 pro-India websites operating across 65 countries. They were “found to be responsible for anti-Pakistan lobbying events in Europe”.

The report narrated how the name of Martin Schulz, former president of the European Parliament, was misused.

“It seemed he was now heading Canners International, an NGO dedicated to the promotion of… food in cans.

“We soon found the NGO he was supposedly leading officially ceased to exist in 2007 and was now regularly speaking at the UN Human Rights Council [UNHRC] to slam Pakistan,” the watchdog said.

Focus on UN and EU

The disinformation network worked on a two-pronged strategy.

In Geneva, it used think-tanks and NGOs for lobbying, protesting, and taking the floor at the UNHRC on behalf of “accredited” organizations.

In Brussels, the focus was on Members of the European Parliament (MEPs) who were taken on international trips and solicited to write op-eds for fake outlets like EU Chronicle.

The write-ups would then be amplified by the ANI — India’s national video-wire network.

The disinformation network was spread across 116 countries with fake editors and journalists working with 10 UN-recognized NGOs.

The watchdog avoided naming any intelligence agency but vaguely referred to India.

“The obscure Srivastava-owned company Aglaya and its potential ties with Indian intelligence services; ANI’s ambiguous relationship with the Indian State; the threats against a speaker at the UN by a member of the Srivastava group and the alleged interrogation of the supposed victim by Indian security services,” it explained.

The report revealed how these fake NGOs organized trips for the MEPs to Indian-administered Kashmir, Bangladesh, and the Maldives.

“Some of these trips led to much institutional controversy, as the delegations of the MEPs were often presented as official EU delegations when they were in fact not travelling on behalf of the Parliament,” it said.

A dead professor was at the heart of the investigation.

The network “resurrected” Louis Sohn, who is known as the “grandfather of international human rights law.”

Sohn died in 2006 but the Indian Chronicles “listed him as a UNHRC participant in 2007, and as an attendee of an event in Washington DC in 2011.”

Jubilant over the massive expose, Pakistan is maximizing its efforts to win the confidence of the European community which was affected due to the disinformation campaign.

Foreign Minister Shah Mahmood Qureshi said there was “no surprise” in the expose as “India sits atop world’s largest disinformation network”.

Pakistan recently released and submitted to the UN and other multilateral bodies a “dossier” claiming India was allegedly behind hundreds of terrorist incidents in the country.