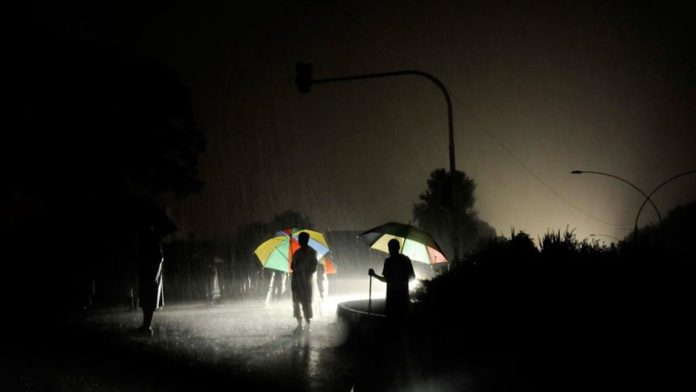 KARACHI, Pakistan – Power to the capital of Islamabad was restored hours after a major outage plunged Pakistan into darkness Saturday, according to officials.

The breakdown, one of the worst in recent years, was caused by a “technical fault” in the national power distribution system, which subsequently broke down a main supply line, said the Ministry of Water and Power.

The electrical failure hit Islamabad and the commercial capital of Karachi, as well as Lahore, Rawalpindi, Multan, Faisalabad, Hyderabad, and parts of Pakistani-administered Kashmir.

A spokesman for the Water and Power Ministry said the supply frequency “suddenly” plummeted to zero, causing a major breakdown across the country.

He said the ministry constituted a six-member committee to investigate the blackout and fix the problem.

The reason for the sudden drop is unclear.

“I am personally overseeing the restoration process,” he said in a tweet.

Power outages are not a rare occurrence in Pakistan.

In January 2019, a major outbreak caused by tripping a circuit of the national grid, because of dense fog, plunged southwestern and southern provinces into darkness for hours.