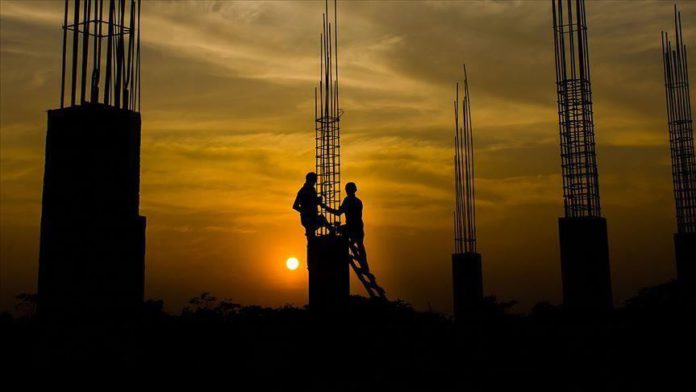 An unprecedented rush of clearing lands from trees to erect concrete jungles is leading to scarcity of water and frequent droughts in landlocked Zimbabwe.

Experts believe that due to illegal construction over two million residents of capital Harare, do not have now access to running water.

The southern African country, known for its landscape and diverse wildlife, reserves, and safari is being increasingly denuded from its green cover as vast tracts of lands are being cleared to build housing projects.

“As more land is taken over illegally by land barons, it may mean more homes in towns and cities, but will also mean less forest cover, thus poor rainfall patterns in the country,” he said.

The environmentalist described the illegal construction of urban homes as a significant cause of climate change in the country.

He said even when these land sharks are arrested, they get away due to their connections in the power corridors.

“Remember the people involved in illegal construction of homes on undesignated places in towns and cities are linked to powerful politicians. So even if arrests of such people are made, that amounts to very little effect as the culprits are set free and they swiftly revert to their old ways of causing harm on urban land,” said Pritchard Chomurwi, another climate change activist based in Harare.

Chomurwi said these illegal activities were not only harming the land but are contributing to disturbing the water table and rainfall patterns.

Atwel Chivata, who has studied meteorology at the University of Zimbabwe, said frequent droughts are very much linked to these construction activities.

“When trees are carelessly cut down, land pieces dug up with no care, wells dug up as well, it means there will be less condensation in the atmosphere and therefore less formation of rain clouds,” he told Anadolu Agency.

He said when water scarcity has become a constant phenomenon for urban dwellers, there is no end to this illegal construction.

According to the Zimbabwe National Statistics Agency (ZIMSTAT), approximately 120, 000 homes have been constructed on the undesignated land across Zimbabwe. The capital Harare, which is worst hit 60, 000 such homes constructed illegally, most of which are mere slums occupied by poverty-stricken squatters.

Authorities admit that as many as 10 cities across the country are facing severe environmental issues.

“You would realize that no town or any city in Zimbabwe can claim to be free from climate change impacts. The absence of sustainable water supply testifies how climate change has hit our towns and cities,” a top government official working in the Ministry of Local government here, told Anadolu Agency on condition of anonymity, as she was unauthorized to speak to the media.

Little space for breathing and farming

“At every turn, homes are emerging, at every turn there is construction work going on, leaving very limited breathing space for the land itself, meaning some of us relying on farming on small pieces of land have to bear the consequences as groundwater is running out, which translates to fewer rains,” he said.

Like Chioko, 50% population of Harare does not get a constant water supply, due to the worsening impact of climate change enforced by land barons.

Now, even as cities like Harare bear the brunt of climate change local authorities are struggling to make water available to the population.

“We make sure there are rotational water supplies in five towns despite the challenges we face owing to climate change,” said Michael Chideme, corporate communications manager of Harare.