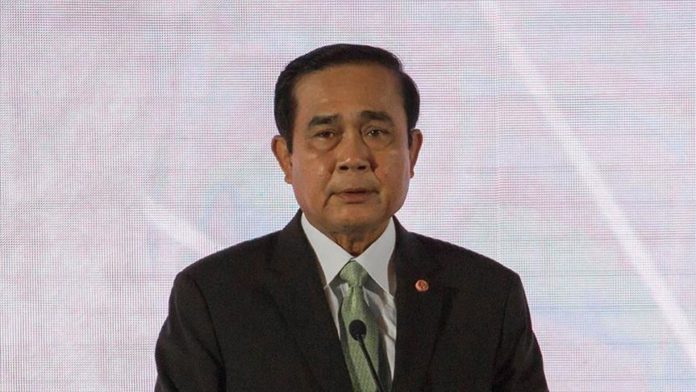 Rallies by students and pro-democracy groups over the weekend in Thailand should push Prime Minister Prayut Chan-o-cha to move on constitutional changes, said an editorial published by local media Monday.

According to daily Bangkok Post, the demonstrations went peacefully and the protest leaders proved that they had no intention to incite violence despite some tense confrontations between protesters and police.

“The protesters have gained momentum. Lack of solid action by the powers-that-be to address their demands could lead to bigger rallies and events,” the daily said in an unsigned editorial titled “PM must heed warning.”

It said that at the same time, the protest leaders pushed for reforms to the monarchy and submitted their proposal to the Office of Privy Councillors.

“Such a bold act lifts the lid on discussion of a topic which has traditionally been taboo in Thai society, although parliament may be the best place for it to continue,” the daily said.

The protesters stuck to their original demands for the dissolution of parliament and the prime minister’s resignation.

According to the report, amending the constitution is the most sensible demand as the 2017 charter appears designed to prolong the power of the junta-backed government by giving 250 appointed senators what could often be a decisive vote in the parliamentary process of selecting a premier.

“Last year, the Senate played a crucial role in helping Gen Prayut Chan-o-cha retain the premiership after the March 24 election,” it said.

The report also noted that with a five-year mandate, the Senate can endorse a premier at least twice if the current government completes its four-year tenure, which is why charter changes to “switch off the Senate” have become a crucial demand of protesters.

“The prime minister needs to address this request openly and with sincerity,” it stressed.

While most political parties have shown their support for rewriting the charter, the daily added that Prayut has given no public backing to the move.

“If anything, he has poured cold water on it,” it said. “Previously, the premier cited the high cost of charter amendment process, warning that it would require two referendums and up to 10 billion baht [$320,000,000] from the state coffers.”

The capital Bangkok over the weekend was struck by anti-government rallies by groups of young people, students, and political activists.

The protesters gathered at Sanam Luang Square, located right across from the Grand Palace.

Initially against the impact of the coronavirus outbreak and lockdown, the protests have spread nationwide, also including demands for reforms to the monarchy.

The movement also called for the resignation of Prayut, the dissolution of parliament, and the freedom to criticize the government.