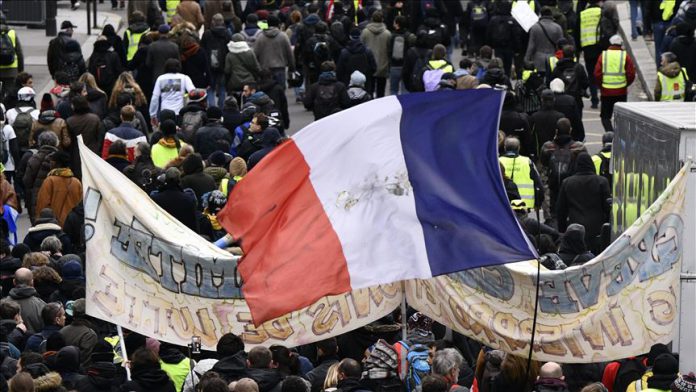 On Wednesday, Prime Minister Edouard Philippe said the French people needed to work two years longer to get a full pension, drawing a hostile response from trade unions, which said they would step up strike action to force an about-turn.

Tensions have been escalating in France after a meeting Monday between Jean-Paul Delevoye, the minister and high commissioner in charge of pension reform, and labor union leaders failed to break the impasse.