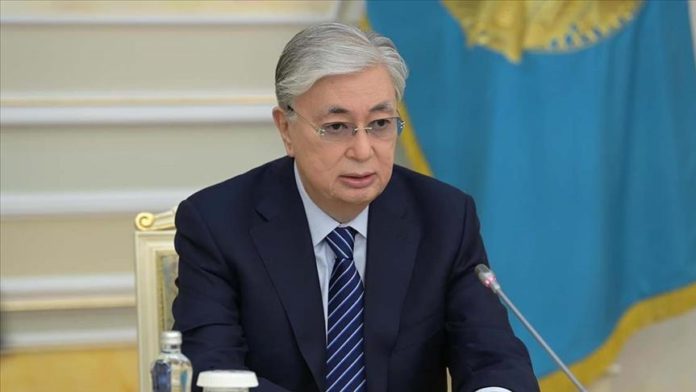 The mass protests at the beginning of this year changed “life as usual” in Kazakhstan, the nation’s president said on Tuesday.

“In these difficult conditions, we managed to preserve the integrity of the state thanks to the unity and solidarity of our people. At this stage, the main task of the government should be to improve the well-being of our citizens, eliminate income gaps, and create jobs with decent working conditions,” Kassym-Jomart Tokayev said via videoconference at the first meeting of the new government led by Prime Minister Alikhan Smailov.

“We must all work for the good of the nation,” he added.

Tokayev said the number of people in debt in the Central Asian country has risen and that the salaries of some 1 million citizens do not meet their demands.

This is happening against the backdrop of cheerful reports about the constant growth of average wages, and per capita income, he said.

“The new government is tasked with the social welfare of the people by bringing down inflation and boosting the income level of the population,” Tokayev said.

He also stressed that the financial resources that were illegally taken abroad will be returned to the country.

“The government is instructed to submit proposals for the return to the country of illegally exported funds and assets acquired there within two months,” he added.

Maksat Ramankulov, deputy of the Kazakh parliament, also underlined that in the last 25 years, some $140 billion-$160 billion has been transferred from Kazakhstan to offshore companies.

Tokayev underlined that a “clear and fair state policy” is needed to build a “new Kazakhstan.”

The president called for “a policy that will form a competitive and technological economy without oligopolies and arbitrariness of officials, a policy that will make the rule of law a guarantee of the absolute inviolability of private property and human rights and freedoms.”

On Jan. 2, massive protests broke out in Kazakhstan over fuel price rises and later escalated into clashes with police, with the most violent incidents taking place in Kazakhstan’s former capital and largest city Almaty.

Tokayev turned to the Collective Security Treaty Organization (CSTO), a Russian-led military bloc, for help, and peacekeepers from Russia, Belarus, Armenia, and Tajikistan came to the country and backed Kazakh law enforcement in restoring order.

*Writing and contributions by Jeyhun Aliyev

Enrollment of Saudi students at US schools in decline