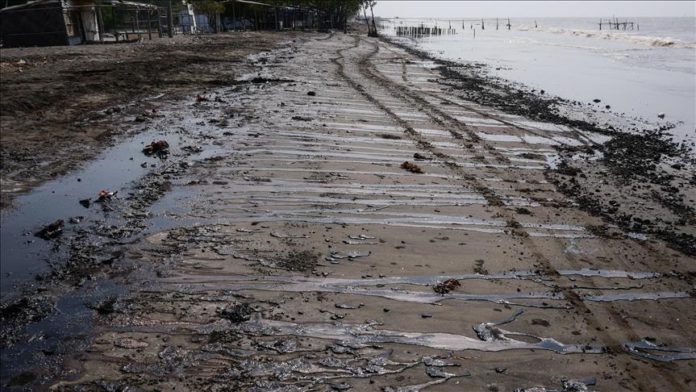 The Peruvian navy said Wednesday it spotted a new oil spill at the terminal of the La Pampilla refinery that belongs to the Spanish oil company Repsol.

“The National Maritime Authority informs the public that during one of the inspection flights carried out today to monitor the area affected by the oil spill at La Pampilla, an oily stain was observed,” the navy said in a statement about the spill that was discovered late Tuesday.

According to the navy, the company said that oily residue “leaked despite having carried out the work to remove the crude oil,” said the statement.

La Pampilla, located 30 kilometers (19 miles) north of Lima, accounts for about half of Peru’s fuel consumption.

The government declared a 90-day environmental emergency after oil remains were found on 21 beaches, penguins covered in oil and thousands of dead birds, seals and fish washed up on the shore, while fishing activities have been suspended.

Authorities described the situation as the worst “ecological disaster” in recent history in the South American nation.

Repsol attributed the spill to the swell caused by the Jan. 14 volcanic eruption in Tonga, thousands of miles away.

The Peruvian government is considering imposing sanctions on the Spanish company for failing to react in the first 48 hours of the spill. It is also considering whether to definitively suspend its operating license.

The Madrid-based company denies responsibility, citing that maritime authorities issued no warning of unusual waves after the Tonga eruption.