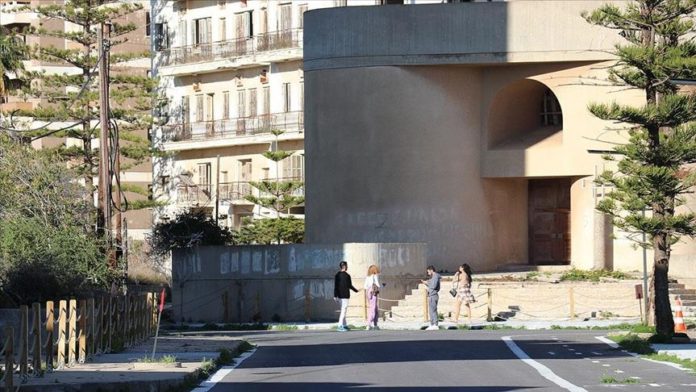 The town of Maras in the Turkish Republic of Northern Cyprus (TRNC) has started to host visitors after the country began relaxing restrictions to curb the novel coronavirus outbreak.

On Monday, the TRNC gradually started lifting the virus restrictions as the number of cases dropped.

Partially opened on Oct. 8, 2020 after staying as a “ghost town” for decades in the wake of Turkey’s 1974 Peace Operation, Maras has attracted both people living in the TRNC, as well as foreign tourists, with the environment and landscape around the town also boosting its appeal.

Some 111,500 people have visited the town, also known as Varosha, since its reopening, according to information from authorities.

The town, which has gotten busier especially on the weekends, is expected to host more visitors in summer.

Simge Garip, a student, told Anadolu Agency that Maras did not deserve to remain closed. The whole world should see this beauty, she added.

“It’s good that Maras is reopened. It’s as if we were traveling in the past,” said Ramazan Atasoy, who works in the TRNC.

“Maras contains a large part of Gazimagusa. If it’s fully opened, it would be very good for the country and it would contribute to tourism,” said Faruk Talay, another student.

Gunay Aydogan, a resident of the TRNC, said he had visited Maras four times since its reopening.

On Nov. 15, 2020, Turkish President Recep Tayyip Erdogan visited the town on the occasion of the 37th anniversary of the establishment of the TRNC.

Juventus' Dybala out ‘for few weeks’ due to knee injury