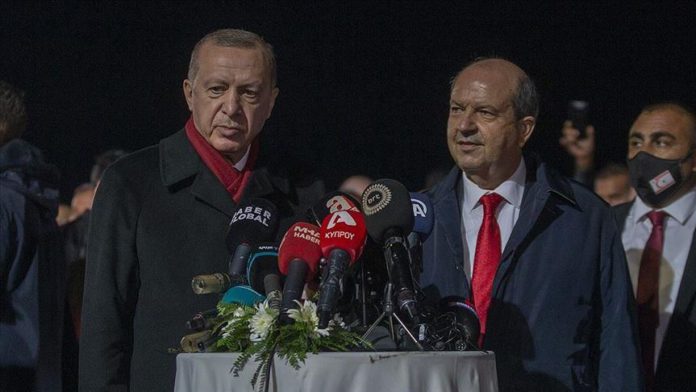 The long-abandoned city of Maras in the Turkish Republic of Northern Cyprus (TRNC) is “waiting for the day when it will meet its real owners,” Turkey’s president said on Sunday.

Underlining that the “real owners” of Maras are clear, Recep Tayyip Erdogan announced in a speech during a visit to the city that with a commission on immovable properties within its boundaries to come into action, property owners applying from the Greek Cypriot administration could also receive payment.

“A new process has started with this step, which we took to the Closed Maras region today, as well as the step taken 15 days ago and the works carried out rapidly since then on Closed Maras,” said Erdogan.

He went on to say that injustices done to the TRNC were “impossible to digest.” “Now, we have to take matters into our own hands.”

On the recent partial reopening of the abandoned town of Maras in the Turkish Cypriot city of Gazimagusa, Erdogan had said earlier that this step was meant to eliminate existing grievances, not create new ones.

The abandoned town of Maras in Gazimagusa, also known as Famagusta, partially reopened for public use on Oct. 8.

Maras had so far been a ghost town to which entry was forbidden, except for Turkish army personnel stationed in the TRNC.

Cyprus has been divided into the TRNC in the north, and Greek Cypriot administration in the south, since a 1974 military coup aiming to annex Cyprus to Greece.