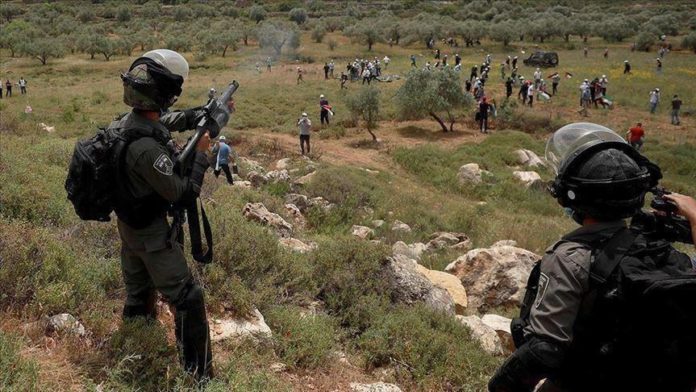 A number of Palestinians suffered injuries and suffocation on Friday when the Israeli forces fired rubber-coated metal bullets and teargas canisters to disperse a rally against the Israeli settlement activities in central West Bank.

Palestinians regularly take out rallies against the Israeli settlements every Friday across the occupied West Bank.

Palestinian official figures say that around 650,000 Israeli settlers live in 164 settlements and outposts built on occupied lands in the West Bank and Jerusalem.