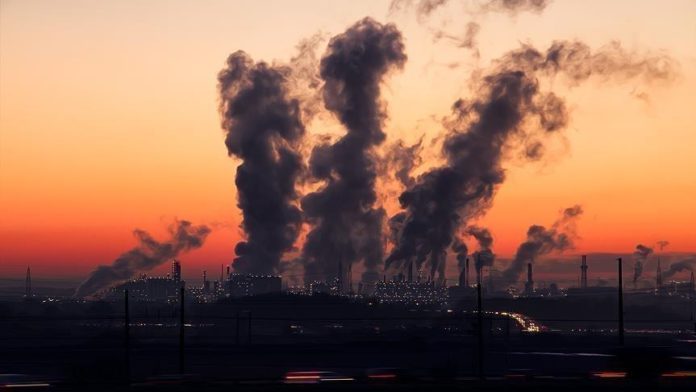 Turkey’s environment and urbanization minister on Sunday said that urgent measures to reduce the amount of emission and carbon footprint were discussed at a meeting of environment ministers of G20 in Italy.

Speaking to Anadolu Agency, Murat Kurum said: “We are witnessing that many G7 member countries are polluting the Earth. We discussed the need for taking urgent steps to reduce the amount of emission and carbon footprint.”

He said that floods across the world have shown the negative effects of climate change that threaten the safety of life and property of citizens and infrastructure of cities.

“Now we are facing migrations due to climate change,” he added.

He said the location of the meeting of the environment ministers of G20 countries, which was held in Italy’s Naples city at the foot of the Vesuvius volcano, was meaningful.

Kurum said he also had a very productive meeting with the US President’s Special Envoy for Climate, John Kerry, adding: “We discussed access to climate finance and injustice done to our country compared to other countries.”

Touching upon the renewable energy sources, Kurum stated that Turkey, which ranks 12th in the world and 5th in Europe, meets 52% of its installed power from renewable energy.

“We are working to generate 10 gigawatts of wind and solar power every year in the next 10 years, and increase our renewable energy capacity,” he said.

Pointing out that Turkey has increased the amount of protected area to 11.5% and that they are working to reach the Organization for Economic Cooperation and Development (OECD) average of 17%, Kurum noted they have created national gardens and ecological corridors on four ecological lines that will connect the north and south, and east and west of Turkey.

“We are carrying out more and stable projects than many countries. We will accelerate this process after access to climate finance,” he added.​​​​​​​

Germany spends nearly €1B for costs linked to US troops