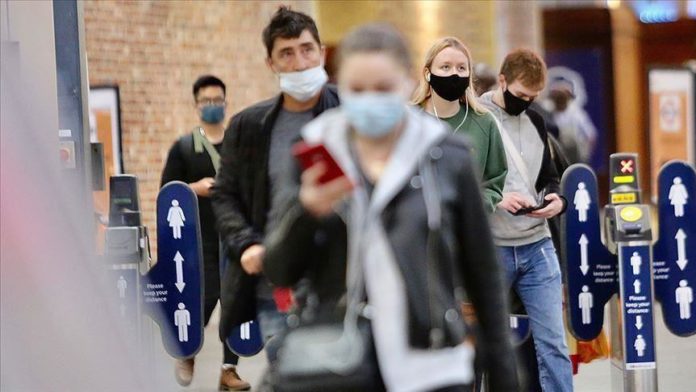 The mayor of Greater Manchester is leading a revolt in northern England against local lockdown measures the national government in London wants to impose, saying the north of England would not be a “sacrificial lamb.”

Speaking at a news conference, Andy Burnham refused to back Greater Manchester being put into Tier 3 coronavirus restrictions, which is the highest level of the three-tier system announced by the government earlier this week.

“But the government told us this morning it is unwilling to do that because of the damage it will do to the national economy.”

“And yet that is what they want to impose on the North West.”

Burnham and other northern leaders have been in talks with the government, and after the latest round this morning, he said his conclusion was that “they are willing to sacrifice jobs and businesses here to try and save them elsewhere.”

“Greater Manchester, the Liverpool City-Region and Lancashire are being set up as the canaries in the coalmine for an experimental regional lockdown strategy as an attempt to prevent the expense of what is truly needed.”

Responding to a question, he said: “We have to protect the health of the nation. But let’s do it as one nation, and not make the north of England the sacrificial lamb for an ill-thought-through Downing Street policy which doesn’t make sense in the real world.”

‘North is fed up’

Burnham alluded to the regional division being exacerbated by the coronavirus pandemic, namely those between the generally richer south and poorer north: “People are fed up of being treated in this way, the north is fed up of being pushed around. We aren’t going to be pushed around anymore.”

He added that the country’s deputy chief medical officer told leaders in Greater Manchester that the regional lockdown measures do not go far enough in any case, and that the only certain thing to work is a national lockdown.

“I’ve said it may be that we need to look at a national circuit-break as preferable to this unfunded, risky regional lockdown strategy,” he said.

Burnham said that in order for Greater Manchester to going into Tier 3, it would need far more financial support. This included a return to the full 80% job support scheme that was in use during the national lockdown in March, with 80% income support for the self-employed too, as well as a proper compensation scheme for businesses.

“This is an important moment. Greater Manchester will stand firm,” Burnham said.

“We are fighting back – for fairness and for the health of our people in the broadest sense.”

Data from the British government showed that 18,980 more people tested positive for coronavirus across the UK over the past 24 hours, bringing the total to 673,622.