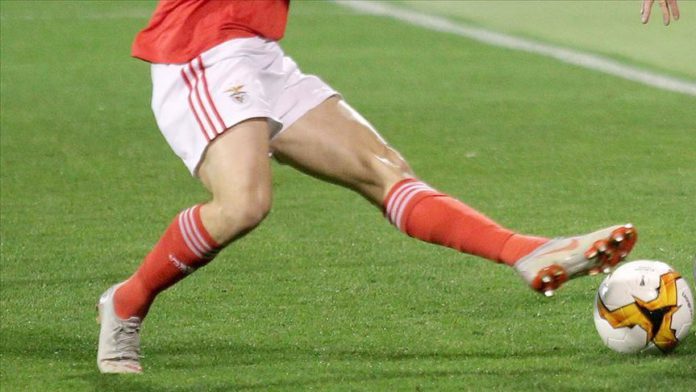 ”Nicolas Otamendi is the new signing of Sport Lisboa e Benfica until 2023 and was introduced, this Tuesday night, at Benfica Campus,” Benfica said on Tuesday. “The Argentinian international, who will wear the No 30 jersey, has a 30 million release clause.”

It added: ”Futebol, SAD informed that it has reached an agreement with Manchester City for the signing of the central defender Nicolás Otamendi for 15 million euros.”

Otomendi said he had five wonderful seasons at City.

”If you win titles it is because you are doing things well, and so I’m happy to have enjoyed these moments, and more than grateful,” he said in a statement to his former club.

“I was lucky enough since the first year I arrived to win a trophy, and later with the arrival of Pep to win even more. I am just happy to have played my part, with the support of my teammates and the staff.”