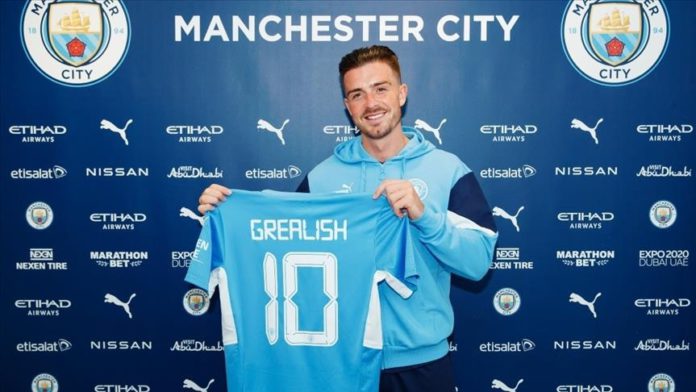 Grealish, 25, said his dream came true and he is “incredibly happy” to move to the defending Premier League champions.

“Over the past 10 seasons, they have won major trophies consistently. Pep coming here has taken them to the next level and the football this team plays is the most exciting in Europe,” he said, referring to manager Pep Guardiola. “To play for Pep and learn from him is going to be special and it’s something any top footballer would want.”

Grealish scored 32 goals and had 43 assists in 213 matches in eight seasons with Aston Villa.

He has had 12 appearances for the English national team and was part of the squad during EURO 2020 where they lost to Italy in the final.

Grealish will wear the No 10 shirt.