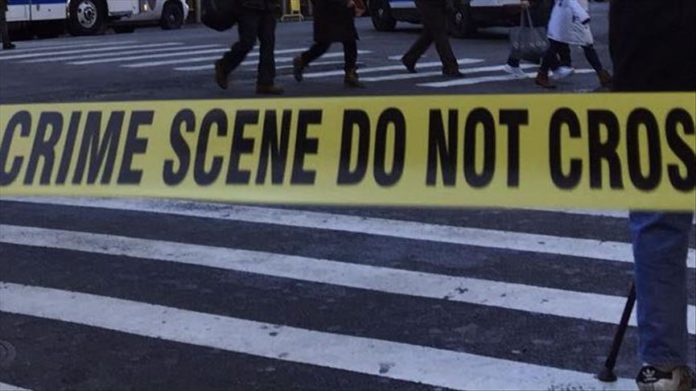 A witness to the killing of Ahmaud Arbery, a 25-year-old black man who was murdered while jogging in a Georgia suburb, told investigators that the suspect used a racial epithet after shooting him, a Georgia Bureau of Investigation agent said Thursday.

Richard Dial said during a preliminary hearing that William Bryan, who filmed the incident, told investigators that Travis McMichael said “f*****g n****r” some time after firing his shotgun multiple times on Feb. 23, killing Arbery. The slur was made before police arrived on the scene.

Dial, who is the lead investigator in Arbery’s case, further laid out the events that led to the fatal shooting, saying neither McMichael nor his father Gregory called 911 before they armed themselves and got into a truck to chase down Arbery after they saw him running near their house.

Arbery attempted to flee from the men, dodging their truck, running backwards and engaging in what Dial said was an escape attempt. Bryan then went to get his keys, got in his truck and gave chase alongside the McMichaels, Dial said, noting that Bryan also did not call 911.

At one point, Arbery was hit by Byran’s truck as he attempted to get away, Dial testified.

In a cellphone video posted online that appears to show the shooting, a black man in athletic attire is seen jogging in a residential area. As he nears a white pickup truck stopped in the middle of the road, he veers to the side as a man who appears to be white stands by the driver’s side door while another stands in the truck bed.

A second shot then rings out as the jogger takes a swing at the man followed by a third shot fired at the jogger at point-blank range, sending him stumbling away before he collapses to the ground.

Gregory McMichael and Travis McMichael said they suspected Arbery of being involved in neighborhood break-ins.

Bryan’s footage brought the fatal shooting to the national spotlight. He was arrested late last month and charged with murder and criminal attempt to commit false imprisonment

Arbery was first shot in the center of his chest before engaging Travis McMichael, who shot him again in his upper left chest and his wrist, Dial said.

Dial ruled out the possibility that Travis McMichael could have been acting in self-defense, saying he believes it was Arbery who was doing so.

“Mr. Arbery was being pursued, and he ran till he couldn’t run anymore,” he said. “Mr. Arbery’s decision was to just try to get away, and when he felt like he could not escape, he chose to fight.”