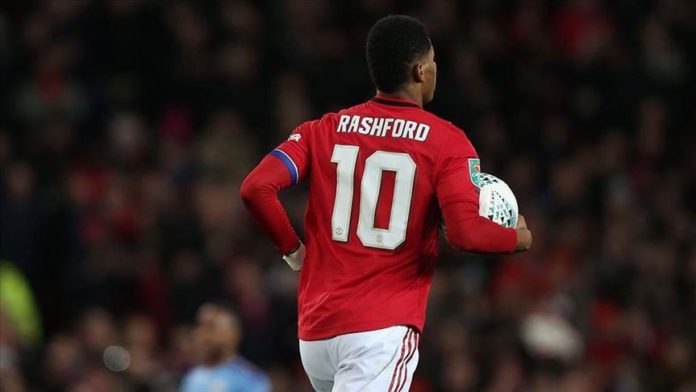 A campaign by Manchester United football player Marcus Rashford forced the UK government on Tuesday to provide free school meals over the summer holidays as British health authorities announced that a further 233 people had died from the novel coronavirus across the UK over the past 24 hours.

After emerging last December in the Chinese city of Wuhan, the virus has spread to at least 188 countries and regions.

There are more than 8 million confirmed infections globally and an excess of 438,000 deaths, with nearly 4 million recoveries, according to the US’ Johns Hopkins University.

In a separate statement, the government announced a reversal of its previous refusal to extend free school-time meals to students over the summer holidays, saying it would extend the policy after schools were suspended in.

Eligible students will be able to receive meals under the Covid summer food fund, which will cost £120 million ($151 million).

The U-turn came after a highly public campaign by Manchester United star Marcus Rashford, whose social media campaign has dominated headlines for days.

“I don’t even know what to say,” Rashford tweeted. “Just look at what we can do when we come together, THIS is England in 2020.”

Prime Minister Boris Johnson’s spokesman said the premier welcomed Rashford’s “contribution to the debate around poverty and respects the fact that he has been using his profile as a sportsman to highlight important issues.”

Responding to the decision, opposition Labour leader Sir Keir Starmer said: “This is another welcome u-turn from Boris Johnson. The thought of 1.3 million children going hungry this summer was unimaginable. Well done to Marcus Rashford and many others who spoke out so powerfully about this issue.”

“There should never have been any hesitation on the part of government. The hardship and struggle our current benefit system and support for those living in poverty will not end with the containment of this virus. Covid-19 is a natural phenomenon — poverty is not,” said Kevin Courtney, joint general secretary of the National Education Union.