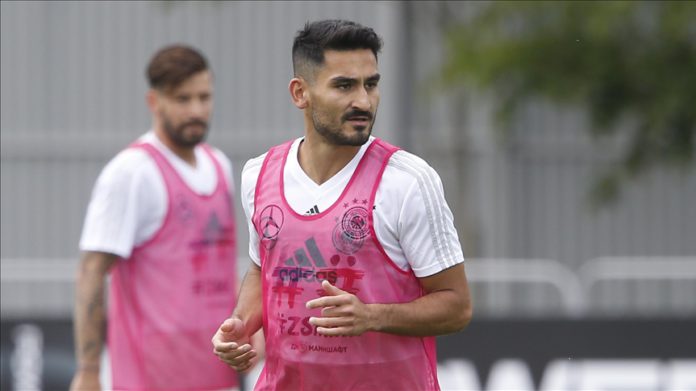 English football club Manchester City’s midfielder Ilkay Gundogan said Wednesday he misses his relatives in Turkey a lot because of the coronavirus pandemic.

“Family means everything to me. It’s how I was raised, as I have a Turkish background and went there every summer to see my grandparents,” the 30-year-old German football player of Turkish descent said on FIFA’s “PlayOn” podcast, emphasizing the importance of strong family ties.

“It’s such a tight bond and is so important. That’s why the coronavirus situation right now is probably one of the most difficult times of my life.”

In December, Turkey banned flights from the UK due to a new fast-spreading COVID-19 strain there.

In January, Manchester City said in a statement that Gundogan launched a charity campaign for Manchester restaurants and cafes that had fallen on tough times during the pandemic.

“I feel like I have a responsibility to society, whether it is in Germany, Turkey or even here in Manchester,” he said.

“Charity for Manchester. I love spending time in all the various restaurants and cafes across Manchester. But as you may all know, the gastronomy [industry] is in a very difficult situation due to the lockdown right now,” Gundogan previously tweeted.

Gundogan, a Manchester City midfielder since 2016, was born to Turkish parents in 1990 in the German city of Gelsenkirchen. He grew up in Gelsenkirchen as well.

But he has relatives living in Turkey’s western province of Balikesir.

Gundogan’s parents migrated to Germany to work there.

He claimed back-to-back English Premier League titles with Man City in 2018 and 2019 and scored eight goals in 42 international caps for the German national team.

This season, Gundogan tallied 13 goals in 30 appearances for Manchester City.