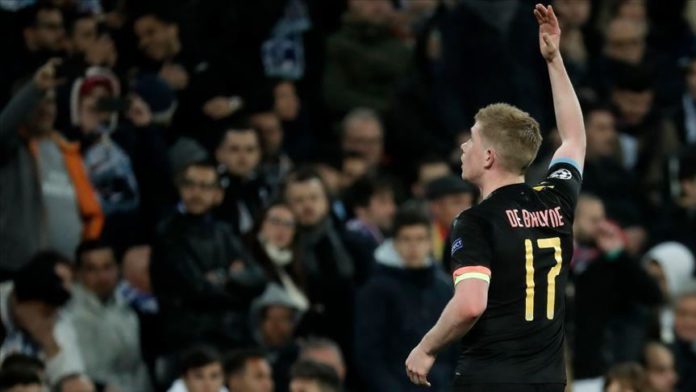 Manchester City’s Kevin De Bruyne on Sunday was named the English Premier League’s Player of the Season for the 2019-20 campaign.

The midfielder scored 13 goals for the English club in 35 league matches last season.

With 20 assists in a single season, the 29-year-old Belgian international equalled the record of Arsenal’s French legend Thierry Henry, who achieved the landmark in 2002-03.

De Bruyne is the third Belgian player to have won the award in the last nine years. Former Man City defender Vincent Kompany (2011-12) and ex-Chelsea winger Eden Hazard (2014-15) have also been honored before.