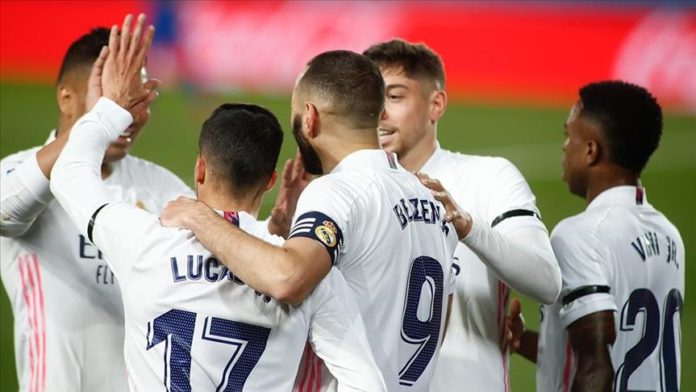 Bellingham became the youngest Champions League scorer in Dortmund’s history as the club confirmed it on social media.

In the 52nd minute, Man City were awarded a penalty kick after Dortmund’s German midfielder Emre Can handballed in the area.

Man City came back in the 75th minute as English midfielder Phil Foden fired a left-footed low shot to make it 2-1 for his team.

The English club secured the victory in Germany to win 4-2 on aggregate, ending Dortmund’s journey in Europe.

Manchester City will play against France’s Paris Saint-Germain (PSG) in the semifinals.

In the other match of the night, Spanish club Real Madrid eliminated English side Liverpool despite a 0-0 draw at Liverpool’s Anfield Stadium.

Real Madrid previously bagged a 3-1 win in the first leg in Madrid.

Real Madrid will face another English club, Chelsea, in the next stage.

Similar to the previous rounds, the semifinals will have two legs as the first leg matches will be played in April.

The 2021 Champions League final will be held at Istanbul’s Ataturk Olympic Stadium in May.