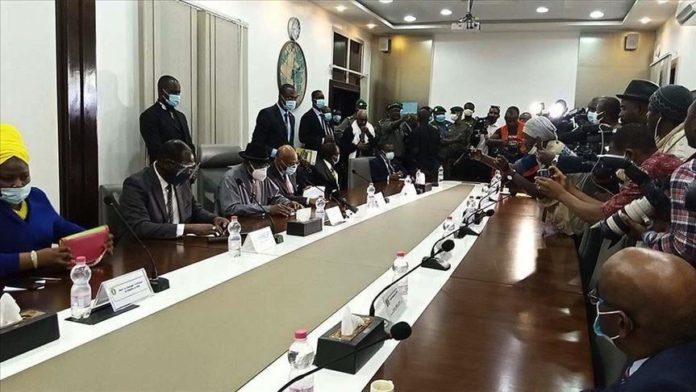 West African leaders gave a junta a one week ultimatum to appoint a civilian to leader for Mali, a spokesman for the military group leading the country said Wednesday.

Otherwise, a total embargo to “asphyxiate them quickly” will be imposed beginning at midnight Sept. 23, according to Col. Maj. Ismael Wague, who was quoted by local media.

During a the meeting Tuesday with the military junta in Accra, Ghana, the Economic Community of West African States (ECOWAS) demanded the appointment of a civilian president without delay or negotiations in Mali, given the terrorist threat and an embargo imposed on the country by neighboring states.

The demand was not approved by the CNSP, with the junta saying the demand was impossible because the purpose of its presence in Accra was to present to West African leaders the conclusion of national consultations and to consider lifting sanctions on Mali, not to sign an agreement

“We have made it clear to ECOWAS that we are at the people’s service. Since the majority spoke of a military transition, we suggested that we could move in that direction. ECOWAS refused,” said Wague.

“We said we understood, but that whatever they ask us to do, we can’t decide on the spot,” said the military spokesman who is part of the National Committee for the Salvation of the People (CNSP), set up to run Mali after a military coup Aug. 18 forced President Ibrahim Boucar Keita to resign.

Wague said it is all about being on the side of the majority of Malians.

“But this possibility will depend on other factors that we understand and have integrated,” he said.

A transition implementation office was set up Wednesday to quickly design transition bodies in Mali.

“We have already begun work on the development of a college to quickly put in place a transition,” said Wague. “No matter what people say, the state is functioning through General Secretaries of the ministries.”

ECOWAS also demanded the dissolution of the CNSP once the civil transition begins.

It said the 18 months of transition stipulated in the charter began Sept. 15.