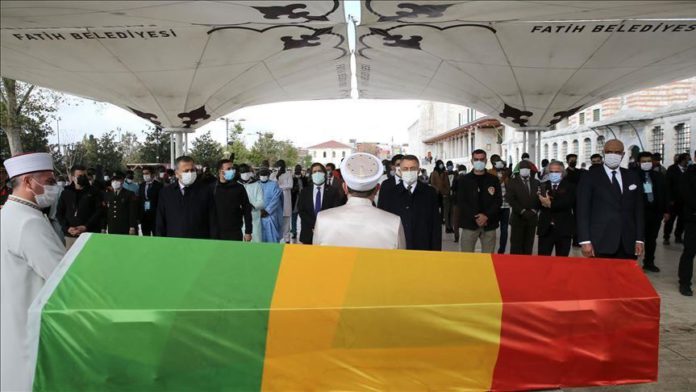 The Malian authorities have declared a three-day national mourning, starting Monday over the death of former President Amadou Toumani Toure.

“A national mourning of three days, from Monday November 16, 2020, is declared throughout the national territory to pay tribute to the late General Amadou Toumani Touré, former President of the Republic,” interim President Bah N’daw said Sunday.

“The flags are at half-mast on all buildings and public buildings,” he said.

At the call of several political groups and civil society, a peaceful march will be held on Monday and Tuesday to pay tribute to the late president.

Toure had supervised Mali’s first multiparty elections as chairman of the transitional government, and later became the second democratically elected president of Mali.

In 1991, when he was chief of army staff, Toure took the helm for the first time by ousting the regime of President Moussa Traore.

Returning to life as a civilian, he was elected president of the Republic in 2002, then re-elected for a second term before being ousted by a coup in 2012 that plunged the West African country into conflict.