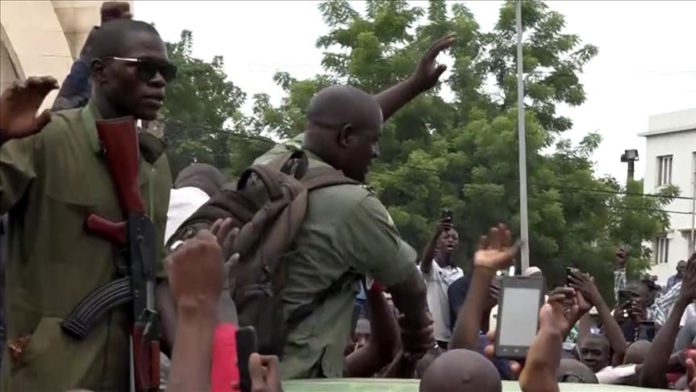 Bah N’daw, the president of Mali’s transition, was sworn in Friday on promises of good management of public resources and a merciless war against terrorists.

The president-elect will lead

Mali for 18 months alongside Assimi Goita, the military junta leader who is now vice president, according to a charter adopted Sept. 13.

N’daw instructed his Cabinet to carry out without delay, a deep reflection on the flaws of the Malian electoral process through “good texts adoption, good practices and strong counter-powers,” to prepare his succession for a president elected after the transition period.

He promised to fight without concession astronomically expensive elections, electoral fraud, vote buying, the administration’s incursion into the electoral process and perversion of the arbitration courts.

The transition will also require “good daily management of the country’s resources,” he said.

“I cannot promise zero corruption, but I will do everything to ensure that zero impunity is the norm. Public money is sacred and I will ensure that it is spent in a traceable and reasonable manner,” N’daw said.

Regarding the fight against terrorism that has been raging in Mali for years, he said half victories are no longer enough.

“We have to win totally and sustainably,” and said he wants a “seasoned army, materially supported and morally ready.”

“It should fight only the enemy and should not be guilty of abuses against the civilian population. This will not be accepted,” N’daw said and promised monitoring and evaluation of every penny invested in the defense and security.

He affirmed, under strong acclaim from the judiciary present, that in terms of measures and repression of crimes, including economic ones, all files carried out by Malian verification structures will be transferred to judges.

Ndaw ensured the continuity of Mali’s international agreements and commitments while promising to strengthen the fight against the coronavirus pandemic.

The inauguration took place while GoodLuck Jonathan, the envoy of the Economic Community of West African States (ECOWAS) regional bloc, was on a mission to the country to assess progress made toward normalcy after a coup last month forced President Ibrahim Boubacar to resign and dissolve his government in Mali.

ECOWAS imposed an embargo against Mali and ordered a civil transition as a condition for lifting sanctions.

But at a news conference, the West African body said it has “no problem with military personnel serving in the future transitional government.”

But “sanctions lifting also depends on its position on the issue of the vice-presidency.”

The bloc maintained sanctions against Mali by demanding a finalized and official transition plan specifying “the impossibility for the vice-president to replace the transition’s president.”

ECOWAS demands a civilian prime minister appointment and the release of prisoners who were detained during the coup.

It also insisted on the dissolution of the junt