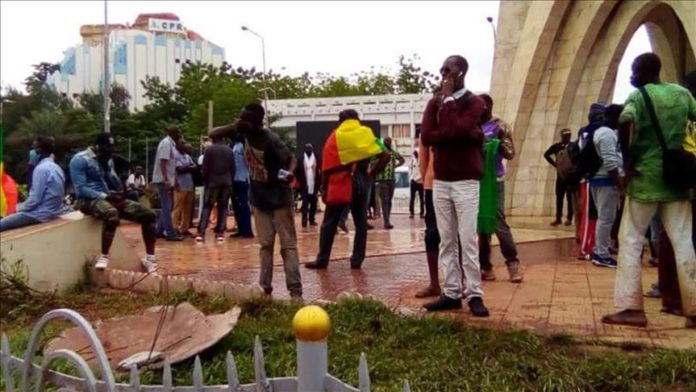 A major opposition movement in Mali has welcomed the resignation of the country’s ousted president and dissolution of the National Assembly and government after military officers seized power earlier this week.

In a press release late Thursday, the Rally of Patriotic Forces platform, also known as the M5-RPF, said the army intervention had completed the struggle of the Malian people who called for the resignation of Ibrahim Boubacar Keita and his administration.

The Movement of June 5 – Rally of Patriotic Forces, known as the M5-RPF, is the main group that spearheaded protests in Mali in the past months, calling for Keita to step down.

This week, the leaders of the military coup have vowed to hold “credible” elections and announced the creation of the National Committee for the Salvation of the People (CNSP) to oversee a political transition.

For its part, the M5-RPF said it had “taken note” of the CNSP’s commitment to initiate “a civil political transition” in the West African country.

“The M5-RPF remains deeply attached to democracy as a mode of devolution and exercise of power and will undertake all initiatives so that our country can begin the overhaul of its political and governance system through the opening of a transition Republican and the development of a roadmap, the content of which will be agreed with the CNSP and all the active forces in the country,” the statement said.

The movement called on the West African Economic Community (ECOWAS), the African Union (AU) and international community to better understand the situation in Mali and support the people.

The UN on Thursday called for the “constitutional and democratic order” to be restored as soon as possible in Mali. It also called for the release of Keita and other detainees and “to protect their physical integrity as well as members of their families.”

“I call upon the members of the National Committee for the Salvation of the People to immediately end this illegal detention,” Stephane Dujarric, spokesman for the UN secretary-general, told reporters.

Keita had announced his resignation after he and Prime Minister Boubou Cisse were taken to the Kati military camp located 15 kilometers (9 miles) northwest of the capital Bamako on Tuesday. Mali had been rocked by protests for several months as demonstrators called for the resignation of the president.